Testosterone Replacement Therapy found to be linked to Heart Problems 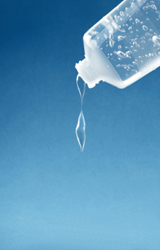 An investigation is being conducted on the manufacturers AbbVie Inc., and Abbott Laboratories, Inc., for concealing facts about the serious side effects associated with the drug AndroGel.

Testosterone is a hormone that is absolutely essential to the development of the male body and is important to functions such as growth and masculine characteristics. Testosterone replacement therapy is a medical treatment used when males naturally begin to produce an abnormally low amount of testosterone. The FDA (1/31/2014) states, “Testosterone products are FDA-approved only for use in men who lack or have low testosterone levels in conjunction with an associated medical condition.” The FDA is following the effects of the testosterone therapy treatments in regards to heart problems and has issued an alert that there is an increased risk of cardiovascular events among groups of men who have been prescribed the testosterone therapy treatments.

A study was released by the Journal of the American Medical Association (11/5/2013) that states, “Among a cohort of men in the VA health care system who underwent coronary angiography and had a low serum testosterone level, the use of testosterone therapy was associated with increased risk of adverse outcomes. These findings may inform the discussion about the potential risks of testosterone therapy.” In another study (according to NBC News 11/05/2013) from the University of Texas at Southwestern Medical concludes, “Out of 8,700 men with low-T levels who underwent coronary angiography nearly 7,500 men who did not get extra T, about 1 in 5 had bad cardiovascular outcomes, including stroke, heart attack or death. In the more than 1,200 men who got testosterone, nearly 1 in 4 had those terrible problems, an increased risk of nearly 30%.”

If you or a loved one has been treated for low testosterone and suffered a heart attack, stroke, pulmonary embolism or cardiac event the Commack, NY law firm of Rudolph F.X. Migliore, P.C. is currently investigating cases involving testosterone therapy treatments which include various prescription drugs such as AndroGel, Bio-T-Gel, Dep-Testerone, Testim, Axiron, Delatesty, Fortesta, Testopel, Androderm, and Striant.