Animal Support applauds the passage of Logan’s Law by the State’s House Judiciary Committee and urges Michigan’s animal lovers to support the bills as they head for a full House vote, followed by the State Senate and Governor. Animal lovers are asked to demonstrate their approval of the bills online. 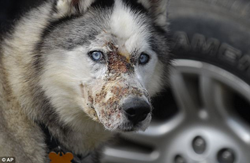 We’d like to encourage the bills’ supporters to show their full strength by signing the online petition and monitoring its progress on Facebook.

“It seems like common sense to prevent egregious animal abusers from continued access to pets,” says Julian Omidi, cofounder of Animal Support. “Even so Logan’s Law is having a difficult time passing through the legislature, despite the fact that the bill’s creator Mr. Falk has been flexible, agreeing to alter some of the bill’s provisions. It’s time to push these bills through, making them a law. We’d like to encourage the bills’ supporters to show their full strength by signing the online petition and monitoring its progress on Facebook.”

Supporters of Logan’s Law are asked to demonstrate their support of these bills online encouraging state legislatures to keep the bills moving. The petition urging Michigan Governor Rick Snyder and members of the State’s Senate and House of Representatives to pass Logan’s Law is available at: http://www.change.org/petitions/support-logans-law.

A series of four bills, collectively known as Logan’s Law, unanimously passed the House Judiciary Committee on February 6, 2014 and now head to the full House of Representatives for approval. A complimentary set of four bills will soon be voted on by the full Senate following their approval by the Senate Judiciary Committee in November. Once approved, the House bills will be considered by the Senate and the Senate bills by the House. The final requirement for the bills to become Michigan state law is signature by the Governor. Supporters are hopeful the bills will land on the Governor’s desk by summer.

Logan’s Law (http://www.loganslaw.com and also http://www.facebook.com/passloganslaw) is a set of bills that creates a statewide registry for animal abusers, so that their names are easily accessible to pet adoption centers. The bills prohibit the adoption of animals by anyone on that list and enforce a mandatory annual registry fee for all registrants to fund maintenance of the registry.

The creator of the bill, Matt Falk, was moved to act against animal abuse after his dog Logan, was attacked and killed by an unidentified assailant. The attacker threw acid in Logan’s face, resulting in severe burns that ultimately cost Logan his life. Animal Support continues to offer a $500 reward for information leading to the arrest and prosecution of Logan’s attacker.

Animal Support (http://www.animalsupport.org) is dedicated to addressing pet over-population and abuse by promoting charities working on behalf of animal well-being. The organization was founded by brothers Dr. Michael Omidi and Julian Omidi to advocate for animal protection, rescue, adoption, and spay and neuter laws. Animal Support does not accept donations but encourages direct contributions of money and talents to the charities and organizations featured on their website. For more information about Animal Support, send a message using the website’s Contact Us function, check out Animal Support on Facebook, Twitter, Google+, and Pinterest.