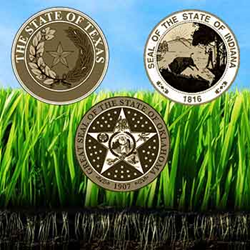 Grassroots efforts have the potential to save thousands of lives bringing awareness about HBOT on a larger scale at the level it takes to make the changes that need to happen.

Rainey Owen of Lexington, Texas first learned of the benefits of Hyperbaric Oxygen Therapy (HBOT) when his grandson Matt Smothermon, who had returned from Afghanistan with traumatic brain injury after three IED attacks and subsequently receiving a Purple Heart, was featured in an Oklahoma news report on the benefits of HBOT. Oklahoma lawmakers are being asked to make HBOT available to Oklahoma Veterans. In the news feature, Smothermon stated that he returned from Afghanistan as only a shell of his former self and was unable to concentrate in order to return to the legal studies he left behind to serve in Afghanistan.

At that point, Smothermon signed up for a study at Oklahoma State University on Hyperbaric Oxygen Therapy for people with post-concussion symptoms from mild traumatic brain injury. Oklahoma State was one of a number of sites in the country participating in the National Brain Injury Rescue and Rehabilitation Project (N-BIRR). N-BIRR was organized by the International Hyperbaric Medical Foundation to test the hyperbaric protocol, HBOT 1.5, developed by Dr. Paul Harch (President of the IHMF), Dr. Neubauer, and their colleagues in New Orleans. Through the efforts of William Duncan, Ph.D., Dr. Paul Rock at the Center for Aerospace and Hyperbaric Medicine was recruited to oversee the HBOT 1.5 study at Oklahoma State University School of Medicine in Tulsa. The study is still ongoing, but with regard to the treatments, Smothermon remains convinced it works and stated, “It’s given me my life back. It really has.”

After witnessing the difference HBOT made in his grandson’s life and doing his own research, Owen took action. He met with the governor’s staff in Austin, Texas as well as representatives from the Department of Health & Human Services and wrote letters to members of the Armed Services Committee in Congress as well as celebrities and news anchors.

When he did not get a great deal of response and was met with concerns that treatment costs were too high, Owen decided to reach out on a local level. He went to bi-weekly commissioner court meetings near his home in Lee County and was successful in getting unanimous approval of a resolution that strongly urges Texas State Government to provide appropriate funding to provide results oriented, evidence based, proven treatment, including Hyperbaric Oxygen Therapy (HBOT), for returning Texas Veterans that suffer the residual, after-effects of traumatic brain injury (TBI) and post-traumatic stress disorder (PTSD).

The Judge who helped pass the resolution in Lee County made it possible for Owen to speak to Judges in other counties. Several of the Judges stated that they knew people with traumatic brain injuries similar to those suffered by Mr. Owen’s grandson and were very supportive. Since the resolution passed in Lee County, similar resolutions have passed in six additional counties in Texas including Wilson, Matagorda, Fayette, Llano, Coryell, McCulloch, and several other Judges have indicated serious interest.

After completing the protocol of 80 HBOT treatments, his grandson Matt Smothermon is now a Captain and Company Commander in the Oklahoma National Guard and has returned to Oklahoma School of Law as a full time student. He is now able to deal with a multitude of issues at once including long hours and was even able to command the Oklahoma National Guard units called out during the Moore, Oklahoma tornadoes. Mr. Rainey Owen continues his efforts to date.