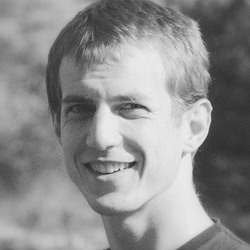 "Some disquieting confessions must be made in printing at last the play of Peter Pan; among them this, that I have no recollection of having written it." - James Barrie

Peter Pan is one of fiction's most beloved characters. Christopher Mechling's new book, Peter: The Untold True Story sets out to tell the amazing historical tale behind Peter Pan, and readers around the world are taking interest. From now through March 16th, Goodreads.com is offering readers a chance to win 1 of 3 signed first edition hardcovers as part of the First Reads Program.

“I have no recollection of writing the play of Peter Pan, now being published for the first time so long after he made his bow upon the stage,” wrote James Barrie mysteriously in his introduction to his published work. And elsewhere in his writing, Barrie said in reference to Peter's nemesis, Hook, “...To reveal who he really was would even at this date set the country in a blaze.” Peter: The Untold True Story promises to bring to light the truth Barrie hinted at.

Peter: The Untold True Story is currently the second most popular book overall in the First Reads Program out of approximately 2,700 featured titles.

Set in 18th century England and Germany, Peter: The Untold True Story tells the life of Peter the Wild Boy, a charming, intuitive feral child who lived alone in the forests of Germany to the age of twelve. Once discovered, as fate would have it, he befriended the King of England, and went on to become one of the era's most popular figures.

There have been many retellings of Peter Pan's story, in books, stageplays, movies and on television. Currently, Warner Brothers is developing a new movie about Peter Pan. Warner Brother's project has a release date set for summer 2015, and has stars Hugh Jackman and Garret Hedlund attached, along with director Joe Wright.

What separates Christopher Mechling's tale from other stories about Peter Pan is that it is not a retelling, a prequel, or an extension of James' Barrie's mythology- instead, it offers a dramatic look at the true events of a real historical figure whose life is closely mirrored in Barrie's work.

Peter is an enchanting tale full of humor, love, and courage in the face of life's difficulties. It will make you laugh, cry, dream and remember what it means to be young. Readers can preview an excerpt and enter to win a free signed hardcover at Goodreads.com. Books are available for sale in hardcover through Barnes and Noble, Amazon, and the author's website. It is also available as an e-book through the Apple iBookstore and Amazon Kindle.