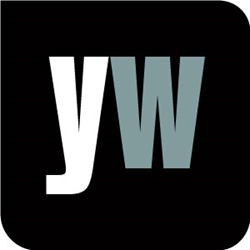 71-year-old grandfather Cliff Pettifor has beaten overwhelming odds to survive the deadliest form of cancer, the Nottingham Post reported February 18th. The article, “Radcliffe-on-Trent grandfather beats the deadliest cancer,” noted that Pettifor was given just five months to live – but instead is set to be among a tiny minority of patients who live for more than five years after being diagnosed with pancreatic cancer. Pettifor commented, ‘It's an almost completely forgotten cancer. Few people know about it and the symptoms are so varied. I've been very, very lucky. I'm eternally grateful to my surgeon, my GP and my family. Survival rates haven't changed in over 50 years. Patrick Swayze, before he died, said it was the most lethal and deadly form of cancer.’ (http://www.nottinghampost.com/BEAT-DEADLIEST-CANCER/story-20648423-detail/story.html#ixzz2tl0xDwZN)

Following on from this, Yourwellness Magazine outlined cancer-fighting food everyone should eat. According to Yourwellness Magazine, ‘If you, or someone you love, have received, that devastating cancer diagnosis, you probably want to do everything in your power to restore your or their wellness and wellbeing again. One way that you can fight cancer is through your diet and nutrition. Not only can the food you eat help to fight against cancer, but eating the right kinds of food can also help to protect you against getting cancer in the future.’ (http://www.yourwellness.com/2014/02/cancer-fighting-food-everyone-eat/#sthash.sVDVXuNN.dpuf)