Founders Combine Expertise in Hollywood Filmmaking, Digital Media and Branding to Create & Market the Most Shareable Videos On the Web 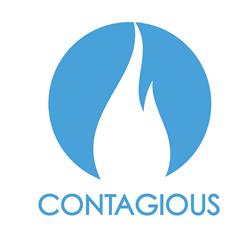 The three of us are all storytellers at heart and our backgrounds in branding, production and YouTube marketing makes us a triple threat that is going to shake up the way content is created and marketed.

Contagious was launched to help brands connect with the YouTube generation, the highly prized but difficult to reach group from 16-to-34 years old. Contagious focuses on tailoring content specifically for YouTube and distributing that content organically so as to dramatically increase its “shareability” or sharing across social and traditional media platforms. Contagious’ founders believe such shareability creates consumer-driven marketing, which in turn delivers sales and creates brand ambassadors.

The combined entity has produced or marketed more than 70 videos with 1 million + views, propelling 20 videos to the front page of YouTube and delivering over 500 million total organic views.

“Placing an ad on television is becoming obsolete,” said Manwaring. “We know the secret to future brand success and visibility is creating video content specifically for YouTube, where the whole world can see and engage with your content.”

Contagious offers clients a deep understanding of why people share video content and the relationships necessary to create and market shareable content for the YouTube generation. Manwaring has a strong track record of success in content creation and organic seeding for global brands and burgeoning YouTube stars. Staples originally hails from Omnicom’s The Marketing Arm and is the founder of Converge Studios, a new media production company that has built content and promotional platforms for global brands such as LG, Verizon, MTV and Rihanna. Reed is a former top agent who has represented some of the most successful entertainment properties, including The Bourne Identity, Meet the Parents and Austin Powers franchise, and is currently an Academy Award-nominated producer for his short documentary film, “The Lady in Number 6: Music Saved My Life.”

The Contagious team lent their expertise to Turkish Airlines’ ‘Kobe vs. Messi 2: The Selfie Showdown,’ which became one of the most viral videos of 2013. The team also executed highly successful organic marketing campaigns for Poo Pourri (‘Girls Don’t Poop’), which YouTube rated one of the top five ads on YouTube for 2013, as well as Nvidia’s ‘crop circles’ stunt, another highly successful YouTube campaign. Contagious also helped build audiences for some of the biggest YouTube channels including Devinsupertramp and Stuart Edge.

“Brands know that paid, owned and earned media are the three pillars to any marketing campaign – however, earned media is becoming the standard measurement tool for successful video campaigns. Our business model is laser focused on this segment through organic seeding and has already been incredibly successful for clients whether they have 3,000 YouTube subscribers or 3 million,” said Staples.

“The three of us are all storytellers at heart and our backgrounds in branding, production and YouTube marketing makes us a triple threat that is going to shake up the way content is created and marketed,” said Reed.

About Contagious
Contagious combines the art and science of digital virality to create and market content for the YouTube generation. Founded in 2013, Contagious specializes in production, content strategy and organic marketing to deliver authentic engagement for brands. Contagious has built and evangelized audiences for numerous brands and products including Turkish Airlines, Poo Pourri, Flyboard and Nvidia. For more information, visit http://www.contagious.me.