Researchers from Université Laval and CHU de Québec have found high levels of a certain protein in individuals affected by essential tremor, a progressive neurological disorder that affects millions. This discovery is very timely as March is National Essential Tremor Awareness Month in the U.S. 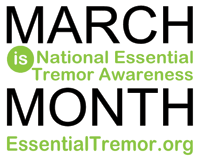 We believe that inhibiting this protein could be a promising treatment avenue to explore for essential tremor.

A team of researchers from Université Laval and CHU de Québec identified unusually high levels of a certain protein in the brains of people suffering from essential tremor (ET), a movement disorder that affects 4% of the adult population. The discovery, the details of which were published in the most recent edition of the journal Movement Disorders, could lead to an effective treatment for this neurological condition, which is 10 times more prevalent than Parkinson’s disease.

As its name suggests, ET causes tremors in various parts of the body—usually the arms, head, and vocal chords. Although onset most often occurs after age 50, cases of ET in childhood have been documented. Over 10 million Americans reportedly suffer from the condition, whose exact cause remains unknown.

Calon and his colleagues had access to a brain bank developed more than 40 years ago by University of Saskatchewan professor Ali Rajput to test their hypothesis that the brains of ET sufferers show an overabundance of certain proteins. The researchers focused on two proteins in particular—LINGO1 and LINGO2—which, according to some genetic studies, may be linked to the movement disorder. They measured the concentrations of these proteins in the cerebellums of nine subjects with essential tremor, 10 Parkinson’s subjects, and 16 healthy subjects.

Their analyses revealed a concentration of LINGO1 in the cerebellar cortex of people suffering from essential tremor twice that of healthy subjects. This overexpression was even more pronounced in people who had been living with the condition for over 20 years. These differences were not observed in the subjects with Parkinson’s.

“Other studies have shown that LINGO1 slows neuroregeneration following damage to the brain or spinal cord,” points out Calon, who is also affiliated with CHU de Québec Research Center. “So we believe that inhibiting this protein could be a promising treatment avenue to explore for essential tremor. The drugs currently prescribed to people suffering from this neurological condition were developed 30 years ago and their effectiveness is limited.”

About The International Essential Tremor Foundation:
Headquartered in Lenexa, KS, and founded in 1988, the International Essential Tremor Foundation is the leading organization in the world dedicated to those affected by essential tremor. The mission of the IETF is to fund research that will find the cause of essential tremor and lead to better treatments and a cure, increase awareness about ET, and provide educational materials, tools and support to healthcare providers, the public, and those directly affected by ET.

The IETF has distributed more than $685,000 in research grants, to fund 27 promising studies, in the search for the cause of ET. The Foundation has hosted numerous community awareness events across the U.S. to provide those affected with the basic knowledge necessary to become their own advocate when seeking treatment. And, the IETF also provides assistance to a vast network of support groups around the world. To learn more about essential tremor and the IETF mission, visit the IETF website at http://www.essentialtremor.org.