The Constitution Restoration Cooperative Association (CRCA) will have a float and marchers Sunday March 16th in the Boston Saint Patrick Peace Parade. According to Joe LaBonte the Pres./CEO of the CRCA," we wish to celebrate peace, the foundational principle of the US Constitution that is embodied in the "Peace Parade" principle of inclusion of all Americans." 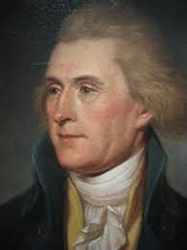 "In questions of power, then, let no more be said of confidence in man, but bind him down from mischief by the chains of the Constitution." --Thomas Jefferson (1743-1826)

The Constitution Restoration Cooperative Association (CRCA) has accepted an invitation from Pat Scanlon of the Veterans for Peace Organizing Committee for the Boston Saint Patrick Peace Parade scheduled to begin at 1pm Sunday March 16th at 383 D St. Boston, Massachusetts.

"The CRCA was formed in 2008 to develop and engage in programs that will lead to a Constitutionally literate nation by September 17th 2017," Joe Labonte said. "It is a huge challenge but, we are quite confident can be done, especially if we work with and support the under 18 citizens , our future leaders, to take up the challenge by engaging their parents and teachers and challenging our leaders locally, State and Nationally on their knowledge of the Constitution".

"We have also written a letter, explained Mr. Labonte, to Boston Mayor Martin J. Walsh, and City Council members, promoting various Constitutional considerations germane to this event as part of our ongoing efforts to bring the Constitution to the fore of our public discourse".

Of course the Constitution is just the door opener to a rich historical narrative filled with events and actions of those who came before. James Madison in Congress, April 6, 1796 regarding the Constitution said it is "Nothing but a dead letter, until life and validity were breathed into it by the voice of the people, speaking through the several State Conventions".

He referred to the fact that the delegates to the Constitutional Convention on September 17th 1787 submitted the Constitution and a resolution to the Confederated Congress "Procedures for the Ratification of the Constitution". It was remarkable in that it called upon the Congress to direct the State Legislatures to hold conventions of the people to select delegates, debate and ratify or reject the Constitution. It was the first time in European history the people, not a King, Lord, Prince or Priest, would decide their own destiny.

It is the Resolve with firm convictions of the CRCA to do all in our power to awaken that spirit of long ago in the people of these United States to once again engage in a meaningful and vigorous debate on the foundational precepts and future of this nation.

CRCA LogoPurpose: To develop educational and legal actions to help ensure our political, civil and military leaders have a working knowledge of the Constitution and are upholding their oath to “preserve and protect the Constitution of the United States of America.

James Madison the 4th President of the United States"A People who mean to be their own Governors, must arm themselves with the power which knowledge gives"