Fort Lauderdale DUI Attorney Michael Dye claims that users of medical marijuana, charged with DUI, would not be legally permitted to assert the affirmative defense of 'legal use by prescription' as provided in Florida Senate Bill 1118. 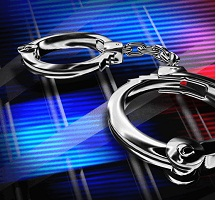 If this bill is passed, a chemotherapy patient who ingested marijuana two days before getting pulled over would be guilty of DUI even though there is no active THC in his or her system and there would be no impact on his or her driving.

On January 27, 2014, the Supreme Court of Florida gave the green light for a referendum to amend the State Constitution with regard to the legalization of medical marijuana. Less than one month later, on February 19, 2014, Florida Senator Audry Gibson of Duval County filed Florida Senate Bill 1118 which proposes substantial changes to Florida’s DUI laws. Fort Lauderdale DUI attorney, Michael Dye, believes that the proposed changes to Florida Statute 316.193 would place users of medical marijuana at greater risk of being prosecuted for DUI.

Under Florida Law, the term “prescription” is defined in Florida Statute 893.02(22). Section 316.193(d) of the proposed DUI legislation provides an affirmative defense for individuals who have been legally prescribed a controlled substance. However, this affirmative defense would not apply to DUI prosecutions based on the use of medical marijuana. The United States Drug Enforcement Agency has exclusive regulatory control over the prescription of controlled substances. All doctors in all 50 states are prohibited from prescribing a Schedule I controlled substance. Doctors can be stripped of their ability to prescribe medications and prosecuted in Federal Court for writing a prescription for a Schedule I Controlled Substance. The proposed constitutional amendment which would legalize the use of medical marijuana in Florida does not grant a physician the authority to “prescribe” marijuana. In order to avoid running afoul of federal law, the proposed constitutional amendment permits a doctor to issue a “physician certification.” Section (b)(9) of the proposed constitutional amendment specifically defines “physician certification” which is significantly different from the definition of “prescription” as defined in Florida Statute 893.02(22). Therefore, the proposed affirmative defense for individuals legally prescribed a controlled substance will not be available to users of medical marijuana because neither the state or the DEA permit a doctor to write a prescription for marijuana.

Fort Lauderdale DUI attorney, Michael Dye, stated: “The scariest thing about Senate Bill 1118 is that it redefines the crime of DUI so that the state is not required to prove impairment in order get a conviction. This bill adds a metabolite drug provision with regard to Chapter 893 Florida Statutes and Schedule I Controlled Substances in the Federal Register. This means that the state does not have to prove that driver was high while driving. Inactive metabolites of marijuana can be detected in urine a long time after a person consumed marijuana. Inactive metabolites only indicate prior use, but can not be used to determine the time or quantity of ingestion. If this bill is passed, a chemotherapy patient who ingested marijuana two days before getting pulled over would be guilty of DUI even though there is no active THC in his or her system and there would be no impact on his or her driving. I encourage individuals to contact their individual representatives and let them know to vote no on this bill.”

ABOUT THE LAW OFFICES OF MICHAEL A. DYE, PA: Michael Dye is a criminal defense attorney with offices located in Fort Lauderdale and Miami, Florida. The firm represents individuals charged with DUI and other criminal offenses in State and Federal Courts throughout Florida. More information on the firm and Mr. Dye is available by contacting us at The Law Offices of Michael A. Dye, PA, 1 E Broward Blvd, Fort Lauderdale, FL 33301, (954)990-0525 or (888)959-6936. You can also visit the firm website at: Fort Lauderdale DUI Attorney or Miami DUI Attorney.

Find Your RepresentativeContact Information for Members of Florida Legislature