10 Signs Your Child is Being Bullied at Private School: Education consultant releases information for parents

Adam Caller, founded of Tutors International, a leading provider of full-time private tuition and home-schooling, today published a list of the warning signs of endemic bullying for parents of pupils at independent and boarding schools. 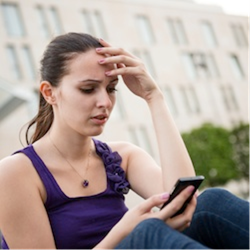 Is your child being bullied at a private or boarding school? (High res image available.)

Boarding schools can multiply the effects of bullying as there's no escape; it can go on 24 hours a day.

Adam Caller, founder of global private tuition organisation, Tutors International, has compiled a list of the 10 most common signs that can alert parents to the bullying in the fee-paying education system.

Bullying in independent schools, especially boarding schools, can be even worse than at state schools, where there are usually more unsupervised areas such as common rooms and boarding houses where bullying can easily go undetected.

By law, all state schools must have a behaviour policy in place to help prevent bullying among pupils. This is a policy decided by the school, which should be available to all teachers, pupils and parents. However, private schools are exempt from this policy, and although many choose to adopt it, the system is not bound by the same regulations.

Mr Caller, who was a teacher in schools before he became a private tutor, and, since 1999, managing director of Tutors International, has seen hundreds of students displaying these signs.

He commented, “Many of the students who come to us for full-time private tuition are leaving school because of bullying. Boarding schools can multiply the effects of bullying as there's no escape; it can go on 24 hours a day, so it’s important to watch for signs and address them quickly and effectively. Once removed from the 24/7 pressures of being marginalised at a private school, they usually flourish in the safe, home-school environment.”

Below is a summary of the 10 steps. For the full article, please visit http://adamcaller.com/2014/03/is-your-child-being-bullied-at-school-10-signs-to-look-for/.

Children who are suffering at the hands of bullies usually suffer most when an adult is not present - playtime, in the changing room before and after games, common rooms, and in the gaps between lessons. If a child is commonly late for a lesson, or tries to get out of sports, that’s a sign they are avoiding being alone with other children.

Playing the fool is a distraction technique. Bullies usually pick on other children for their own amusement, so a child may presume it is safer to amuse then in a non-abusive way. By making jokes at their own expense it is less hurtful than hearing it said by someone else.

This can be a tough one to see through, as outwardly the child may appear confident and happy, so look carefully, and see if their behaviour has changed suddenly, or is different around different peer groups.

If a child who has previously done well at school suddenly starts failing academically, that’s a clear sign something is affecting their performance. It could be anything from illness to problems at home, but being bullied is a common reason for children to become distracted at school or hoping to fade into the background with mediocre grades. Playing the class fool often goes along with these dropping grades because of the redirection of effort into the non-academic performance.

Both feeling low and actual clinical depression can be side effects of the pressures of growing up, but obviously can be exacerbated if the child is being marginalised or abused. Look for the common signs of depression or breakdown, including changes in eating habits or sleep pattern, and becoming withdrawn. It’s important to tackle depression early, in case it heralds imminent breakdown, self-harming, or attempted suicide.

Young people often experiment with smoking, drinking or drugs. Sometimes this is a result of more aggressive peer pressure than is normal, or by the desire to escape their feelings of hurt and inadequacy, or by the need to appear stronger, older, cooler than those doing the bullying, Likewise, aggression, sullenness or disrespect for teachers can be a bullied child’s way of trying to gain the respect of their bullies.

6. Has few or no friends

A child who is not invited to parties, trips into town, other children’s houses is often being ostracised, whether as a cause or effect. If a child is socially marginalised at school, others in the class will be reluctant to befriend them, as this puts them squarely in the bullies’ firing line. In a painful cycle, the child without friends is more exposed to being bullied, has fewer avenues to help and may become more withdrawn and solitary.

If a child becomes a bit of a scatterbrain, constantly losing gym kits, hockey sticks or money, this could be a sign of something more serious. This is especially true if you find these things hidden in unusual places. Bullied children often have to hide the evidence of their broken belongings, or make excuses for ‘losing’ things so they don’t have to answer difficult questions about how they came to be damaged or lost.

8. Bruises or other marks

It might seem obvious but children can be good at hiding the signs of violent bullying. If a child insists on wearing long sleeves or trousers on a hot day, or seems unusually accident-prone they may be hiding marks from teachers or parents that would need explanation.

Being bullied is a traumatic experience and can result in actual physical symptoms. Constant headaches, stomach pains and feeling sick are associated with the stress of bullying. And while the occasional desire for a ‘pyjama day’ can be understandable, if it becomes a constant habit it may be a sign that there is a problem at school. Factitious disorder, of which Münchausen’s syndrome is an example, is where the child may have all

the symptoms of being genuinely unwell, but have been self-inflicted or exaggerated to avoid going to school.

10. Seems different after playing at the computer

Look out for a child who has become protective and sensitive about their digital life and seems distressed after being online. It is natural for children to have a few secrets but the best way to protect a child from cyber bullying is to know their online life – visit their favourite sites, check their posts and limit screen time.

Tutors International is a worldwide organization providing experienced full-time private tutors to work with children of all ages and nationalities, in a wide variety of situations, including international relocation, after-school support, full-time home tuition, support for AD/HD and dyslexia, home schooling for frequent travellers, and college prep and coaching.

Tutors International was founded by Adam Caller who has tutored students of all ages. He has received specialist training in dyslexia and AD/HD and is very sensitive to children's educational difficulties. He has now turned this expertise to recruiting, training and placing other tutors with HNW and UHNW families around the world. Adam is a member of the Independent Educational Consultants Association (IECA).