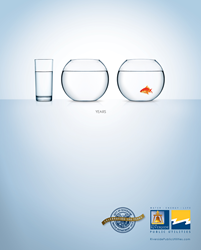 “I simply could not be more proud of RPU’s Marketing team,” said RPU Assistant General Manager for Customer Relations/Marketing Michael Bacich. “We are not an advertising agency, but we just showed that the quality of work our team creates stands up to some of the largest and best agencies in the Inland Empire.”

RPU received a Silver Award for its “Power Partners” print advertisement and Bronze Awards for its 2013 Financial Report, Green Riverside Earth Day Ad, 100 Years of Water digital campaign, and 100 Years of Water video. “It’s great to win awards, but what makes this truly special is knowing that we are effectively communicating with our customers and making a positive impact on the community,” added Bacich.

All of RPU’s Gold Award winning entries from this year’s Inland Empire competition will now be forwarded to the second-tier awards level where they’ll compete against other winners in one of 15 district competitions. District winners are then forwarded to the third and final tier for consideration in the national American Advertising Awards competition.