Terry Bryant Wants to Warn Everyone That During Spring Break DUI’s DWI’s And Sexual Assaults Spike.

Spring Break is exciting and intended to be a fun time, but there are many dangers that can turn it into a nightmare very quickly. 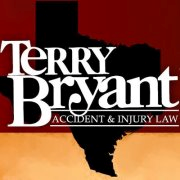 “March can be full of fun,” Bryant said, adding, "participants should always be alert to threats and actions of others that may cause harm.”

Spring Break is exciting and intended to be a fun time, but there are many dangers that can turn it into a nightmare very quickly. Although safety should always be a priority, sometimes it gets overshadowed in the fun. After all, spring break is one of the heaviest travel weeks of the year, and when you throw in beach parties and drinking, it can often lead to tragic consequences. Spring Break is known to be one of the worst weeks for vehicle accidents, and the number of sexual assaults spikes during this time as well. Staying alert and aware of surroundings often provides that extra measure of safety.

Drunken driving is a major problem during every holiday, but Spring Break is among the worst times for road safety. In Texas, South Padre Island is the most popular Spring Break destination and hosts thousands of vacationers every year. South Padre Island authorities on average hand out about $80,000 in fines every year, mostly in the form of DUIs and public intoxication citations.

In Houston, the Livestock Show and Rodeo pulls in tens of thousands of people during its run each year. During this time, Houston authorities make more DUI and DWI arrests than any other part of the year. Because the problem has grown so large, March is a designated no refusal month in Houston for DWI and DUI checks. Authorities will perform blood tests to check blood alcohol levels. The city takes drunken driving extremely seriously during this time because the number of DWI fatalities in Houston during March is consistently among the highest in the country each year. “Drunk Driving accidents are senseless, and often, it's the victim who is injured,“ said Houston attorney Terry Bryant.

Other alcohol related situations include sexual assault. It is an ever present and growing epidemic for women. Spring Break is often synonymous with parties and alcohol. Statistics say that roughly 80 percent of sexual assaults are committed by an acquaintance. And alcohol is involved in nearly 50 percent of all sexual assaults. During Spring Break, this number rises exponentially. Women who plan on celebrating should be careful when consuming alcohol and should never accept drinks from other people or leave their drink unattended. When it comes to sexual assault, the victim should report the incident to authorities as quickly as possible, as this will help the police file charges against the perpetrator.

“March can be full of fun,” Bryant said, adding, "participants should always be alert to threats and actions of others that may cause harm.”