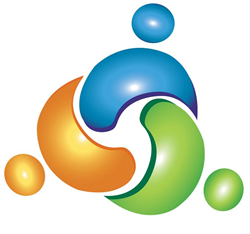 When clinical evidence based on uncontrolled longitudinal studies is closely examined, the notion that glass-ionomers are inferior to silver amalgam for load bearing posterior tooth restorations holds little scientific weight.

For many decades restorative dentistry has been informed by volumes of clinical longitudinal studies that do not include control treatments but only investigate the success or failures of novel tooth restorations over periods of time. Against this background, expert reviews have traditionally offered advice to the dental profession on basis of survival (success)- or failure rate comparisons established from separate longitudinal studies.

In order to investigate the clinical merits of glass-ionomers, the SYSTEM Initiative of the Faculty of Health Sciences, University of the Witwatersrand, Johannesburg, has established the accuracy of comparison results from longitudinal studies with that from randomised control trials (RCT).

RCTs are considered the gold standard in investigating the merits of clinical interventions. SYSTEM’s investigation shows that there is disagreement between the results from RCTs and that from uncontrolled clinical longitudinal studies. While comparisons within an RCT would indicate that the number of treatment failures between two approaches do not significantly differ, the comparison of longitudinal study results show a 64% higher failure rate of one type of treatment above the other. Accordingly, expert reviews would mistakenly recommend the merit of placing one type of treatment in favour of the other.

The outcome of a systematic review of RCTs by the SYSTEM Initiative found no evidence that new generation, load-bearing high-viscosity glass-ionomers can be proven as clinically inferior to amalgam, since no overall statistically significant difference was found between the both after follow-up periods ranging from one to six years.

In contrast to RCTs, longitudinal studies are vulnerable to many sources of error, owing to the lack of a randomly selected comparison group. These may include misleading factors that may increase with the length of the study period. Longitudinal studies of tooth restorations incorrectly suggest that their results are only due to the chosen restorative material type and not to any other influencing factors. Studies with longer follow-up periods may be even more misleading than those with shorter follow-up periods.

Ease and relative low costs make clinical longitudinal studies ideal for the collection of first information concerning new fields of investigation and thus are most suitable in the preparation of complex and costly RCTs. Despite this, they are not suitable for guiding clinical practice and may become cause for the possibly fallacious condemnation of one type of intervention above others.

SYSTEM’s findings suggest that clincial longitudinal studies are unsuitable to guide clincial practice and that clincial decisions concerning the placement of high-viscosity glass-ionomer tooth restorations should be based on the results of well conducted randomised control trials instead.

The published reports of SYSTEM’s findings are available online: