Colorectal cancer is third leading cause of death among Chinese Americans. 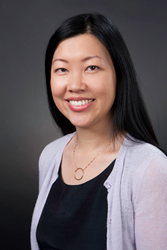 "My colleagues and I definitely see a role for traditional healers as trusted members of the community and influencers of health behavior in hard-to-reach populations such as older Chineses immigrants," said Dr. Gem Le of CPIC.

Practitioners of traditional Chinese medicine have the potential to serve as a valuable and culturally appropriate resource for promoting colorectal cancer screening in the Chinese immigrant community, according to a recent study. Colorectal cancer is the third leading cause of death among Chinese American men and women.

While colorectal cancer screening is a cost effective preventive measure, screening rates are low among most ethnic groups, including Asian Americans. Colorectal cancer is the third most commonly diagnosed cancer among men and women of all racial and ethnic backgrounds.

“Given the high use of traditional Chinese medicine among Chinese Americans, we wanted to determine if a useful approach to promoting colorectal cancer screening could involve traditional practitioners, such as acupuncturists and herbalists,” said Gem Le, Ph.D., a research scientist at the Cancer Prevention Institute of California (CPIC) and co-author of the study.

“In the focus groups we conducted, we found that both providers and their participants were open to having providers communicate messages about biomedical approaches to health and colorectal cancer prevention,” Dr. Le said. “Many of them were already engaged in preventive education with their clients and members of their social networks, sharing ideas on health and well-being that included Western as well as traditional approaches.”

The study, “Exploring a culturally relevant model of cancer prevention involving traditional Chinese medicine providers in a Chinese American community,” was published in the February issue of the European Journal of Integrative Medicine. Dr. Le collaborated with lead author Jun Wang, Ph.D., a medical anthropologist at San Francisco State University and the Asian American Research Center on Health in San Francisco, as well as researchers from the University of California, San Francisco, and the Chinese Health Coalition and the Chinatown Public Health Center, both in San Francisco.

“My colleagues and I definitely see a role for traditional healers as trusted members of the community and influencers of health behavior in hard-to-reach populations such as older Chinese immigrants,” Dr. Le said. “Based on our findings, we believe these practitioners have potential for contributing a positive impact on colorectal cancer screening among Chinese Americans.”

The study took place in San Francisco, which is home to one of the largest Chinese American communities in the U.S., and was conducted in two phases. First, the researchers explored whether traditional Chinese medicine providers would be interested in providing a colorectal cancer screening education program to their clients and social network members, and if the clients and network members would be open to receiving the information. The second phase focused on development and testing of an educational flipchart that integrated both traditional and biomedical concepts.

The flipchart contained information on the similarities and differences between traditional Chinese and biomedical views of colon cancer, including causes, the role of screening, and cross-cultural ideas on prevention. This integrative approach was seen as valuable by study participants, who found the flipchart culturally appropriate and easy to understand.

The next step is to implement a pilot training program for a sample of traditional Chinese medicine providers using the flipchart developed in this study, and implementing the provider-led educational sessions with their clients and social network members.

The impact of this form of community health promotion in the immigrant community should continue to be evaluated, the authors noted. In addition, the results of this study may suggest the potential for using traditional healers in other cultural subgroups to promote colorectal cancer prevention through screening.

“The impact of social network factors on cancer disparities and outcomes is a primary focus of my research,” said Dr. Le. “This study was part of my ongoing interest in increasing opportunities to inform and educate the Asian American community about screening as an important tool in preventing colorectal cancer.”