Friends of Science are calling for a retraction of a controversial paper by Stephan Lewandowsky, published in Psychological Science, that claims climate change critics are hoax and conspiracy theorists who allegedly believe "NASA faked the moon landing." Friends of Science recent study that shows there is not a 'more than 90%' consensus as claimed by Lewandowsky, as a principal premise of his study; recent IPCC climate science reports confirm that there has been a hiatus in global warming for 16 years, despite a rise in human CO2 emissions, indicating that natural factors are more responsible for climate change. 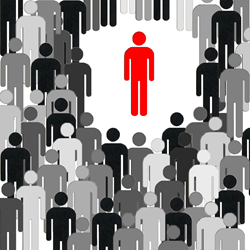 Does the Dutch government think NASA faked the moon landing?

In a letter sent today, Friends of Science Society is asking the journal Psychological Science, the highest ranked empirical journal in psychology, to retract a controversial paper by Stephan Lewandowsky et al (2013). The paper is entitled: "NASA Faked the Moon Landing - Therefore, (Climate) Science is a Hoax: An Anatomy of the Motivated Rejection of Science."

"In an era when bullying and social ostracization are recognized as serious crimes and psychologically damaging, it is odd that the premier publication of the Association for Psychological Science agreed to publish the Lewandowsky work under this inflammatory title," says Ken Gregory, research director of Friends of Science, a climate science review organization. "Thousands of legitimate scientists and citizens, have been mocked and ostracized."

Gregory notes that the Dutch government is requesting an overhaul of the Intergovernmental Panel on Climate Change (IPCC), stating that limiting the scope to human induced climate change is undesirable.

"There is a recent admission by the Intergovernmental Panel on Climate Change (IPCC) reported in Forbes Sept. 26, 2013 of a 16+ years hiatus in global warming (which began before Kyoto was implemented)," says Gregory. "This shows that Stephan Lewandowsky's paper has falsely damaged the public perception and reputation of many excellent scientists who have valid criticisms."

Friends of Science say the Lewandowsky premise is not only faulty based on climate evidence, but also that his original premise of a "more than 90% consensus" is empirically incorrect.

Friends of Science Society recently conducted a comprehensive deconstruction of the 4 most cited surveys, two of which are referred to by Lewandowsky (Anderegg et al 2010; Doran & Zimmerman 2009) and revealed there is no +90% consensus on AGW or dangerous Climate Change; in fact these studies show there is a robust community of scientists with a broad range of views.

Only 2.4% of scientists in the Doran & Zimmerman (2009) opinion poll explicitly state agreement with the key declarations on human-caused global warming; only 66% of Anderegg et al (2010) explicitly agreed.

The Friends of Science report explores the research on 'social proof' as a psychological motivator, based on the work of Robert Cialdini. The work of social affiliation by Stanley Schacter, Irving Sarnoff and Phillip Zimbardo shows how people are more likely to socially affiliate with a majority - while the work of Kipling D. Williams demonstrates how ostracization is the "kiss of social death."

"As a social psychologist, the potential impact of this paper must have been self-evident to Lewandowsky," says Gregory.

Psychological Sciences is a member of COPE - Committee on Publication Ethics, intended to promote research integrity. One principle is that signatory publications support freedom of speech.

"One assumes that this should include the right to hold a dissenting view in a democracy without facing public humiliation," says Gregory.