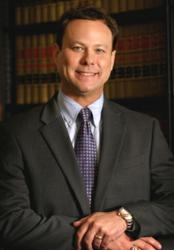 “...the manufacturer was allegedly aware of problems with Bair Hugger since at least 2009; however the company has continued to market the device as safe in both general and orthopedic surgeries."

Kennedy Hodges, LLP, a Houston based law firm who specializes in personal injury litigation, brought an action on behalf of behalf of Timothy Johnson, who, according to court documents is a 52 year-old man residing in Shawnee, Kansas. The case, captioned “Timothy Johnson v. 3M Company and Arizant Healthcare, Inc., was filed as Case 2:14-cv-02044” in United States District Court, District of Kansas. A copy of Plaintiff’s Original Complaint may be found on the Kennedy Hodges Website: http://www.kennedyhodges.com/3M-Complaint.pdf.

According to court documents in Kansas, Johnson underwent right total knee arthroplasty at the University of Kansas Hospital on September 29, 2010 after which a severe deep joint infection ensued, requiring multiple surgeries and, ultimately, amputation.

According to court documents from this case, a Bair Hugger forced-air warming (FAW) device was used during surgery, which allegedly introduced Methicillin-resistant Staphylococus aureus into the open wound. This warming blanket (with motor) is responsible for keeping patients’ body temperature(s) regulated while they are being operated on or under anesthesia. The Johnson Complaint alleges that the hot air produced by Bair Hugger FAW accumulates under the surgical drape and escapes from the surgical table. The Plaintiff is alleging that the Bair Hugger is responsible for depositing bacteria from the floor of the surgical room into the surgical site.

According to the document filed with the Court, the manufacturer was allegedly aware of problems with Bair Hugger since at least 2009; however the company has continued to market the device as safe in both general and orthopedic surgeries. The Complaint references allegedly false and misleading claims made by 3M and Arizant in multiple medical publications.

This is the second suit against 3M’s Bair Hugger that Kennedy Hodges has filed.The first case, Civil Action No. 4:13-cv-01164 filed in the Southern District of Texas, Houston Division, was filed on behalf of Tommy Walton. According to court documents, Mr. Walton experienced a similar injury as Mr. Johnson from the Bair Hugger device. Walton’s court documents allege that he received a significant infection following the use of the Bair Hugger warming device. No verdict has been taken yet on Mr. Walton’s case.

Kennedy Hodges has associated for this case with Michael L. Sexton, a personal injury lawyer with the Shawnee Mission, Kansas law firm of Sexton & Shelor.