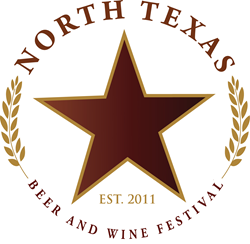 "I went to the North Texas Beer Festival this weekend and had a great time. It's great to feel appreciated in this matter for our past service" -Eduardo USMC 1999-2006

“This is the fourth year for the event which has grown in popularity each year. There’s been an explosion of new breweries in recent years, many of which are here in North Texas. When we did the first festival back in 2011, there were two craft breweries in production here in the Metroplex. Three years later we’ve got over a dozen with more in the works. We have more breweries than ever participating this year and we’re looking forward to a great event,” said Darrell Faircloth, the organizer of the festival. “This event attracts people who want to meet the brewers, know more about how their favorite beer is made and choose from 100’s of different beers to sample -- all in one place. We bring all the experts together to make for an amazing tasting experience.”

More than 50 breweries will sponsor the festival, ranging from Samuel Adams and Franconia to New Belgium, Imperial and Magic Hat, including the newest DFW brewery, Shannon Brewing Company from Keller which will make its debut at the event. From ales to lagers, well-known brands to newbies on the scene, all styles of beer will be represented at the festival. A full list of sponsoring breweries can be found online at http://www.northtexasbeerfestival.com.

Wine lovers are not forgotten, as there will be plenty to swirl and taste. Featured wineries will include Landon, Fiesta, Paris, Maydelle and Dionisio among others. Guests can purchase samples, wine by the glass or by the bottle directly from the wineries represented.

One of the most popular attractions is the Culinary Corner, a chef stage with demonstrations on cooking with your favorite beer and pairing dishes with beer. Chef John Franke of Whiskey Cake, Grant Morgan from The Ranch at Las Colinas and Josh Garcia from Velvet Taco will perform culinary demos and provide samples to the attendees.

The 50,000-square-foot main conference hall at the Irving Convention Center at Las Colinas and the second floor terrace will play host to a variety of activities, including tastings, home brewing classes and will feature more than 100 exhibitors with everything from beers to home brewing kits, wine sampling, gourmet foods, cigars and more. The Beer Garden on the beautiful, second-floor terrace will feature Dallas’ own Maylee Thomas and Fort Worth’s Ashmore will be performing on the main stage overlooking Las Colinas and the Dallas skyline. Educational sessions will be held in Brewers’ Breakout on the main floor, with brewers and brewery representatives speaking on a variety of topics, including Christopher Hubbard from North American Breweries. Christopher is one of 37 Certified Cicerones in the state of Texas and will be doing a session on the Cicerone Program.

Designated drivers, don’t despair! The North Texas Beer and Wine Festival advocates the responsible consumption of alcohol, and is particularly fond of designated drivers. A special ticket price of $20 and a wristband designating that person as a “DD” gets them into the event to not miss out on any of the fun or education. Coca-Cola is sponsoring the designated driver program and will offer the DDs complimentary soft drinks and bottled water.

To officially kick off the North Texas Beer and Wine Festival, a special event is planned at the new Twin Peaks Brewery in Valley Ranch on Friday May 9, 2014.

A key mission of the North Texas Beer and Wine Festival is to give back to the community. This year’s event will again benefit charities including Honor Flight DFW, the Veteran Falls Memorial and the Veteran Tickets Foundation. Honor Flight DFW (http://www.HonorFlightDFW.org) veterans will be at the event to offer attendees the opportunity to “Handshake a Hero” and thank them for their service. Honor Flight DFW is presented by Andrews Distributing, and will also benefit from a silent auction of sports memorabilia, one-of-a-kind items from the brewers and local businesses, event tickets and more at the event. Also, tickets for the North Texas Beer and Wine Festival will be available free to veterans through http://www.VetTix.org.

The North Texas Beer and Wine Festival is Saturday, May 10, 2014, from 2 to 7 p.m. at the Irving Convention Center at Las Colinas at 500 W. Las Colinas Blvd., Irving, TX. General admission tickets are $30 on EventBrite.com (a link can be found online at http://www.NorthTexasBeerFestival.com) and $40 at the door. This all-inclusive price includes entry into all home brewing classes, keynote speakers and culinary demonstrations. In addition to entry into the event, each ticket also includes 12 two-ounce beer samples. A limited number of VIP tickets are also available which allow early entry at 1 p.m. and the after party with live music until 10 p.m. Early bird tickets are available through April 10th which reduces the cost of all tickets by $5. Additional samples and full pours can be purchased at the event.
###