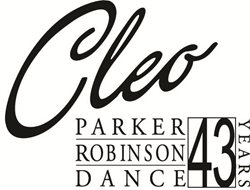 For one weekend only in May, Cleo Parker Robinson Dance will present the fourth annual Dance Africa Denver, featuring Afro Cuban Experimental Dance Ensemble Oyu Oro and from the Broadway Hit “Fela the Musical,” The Fela Queens, in collaboration with legendary Artistic Director Dr. Charles “Baba Chuck” Davis, in the historic Shorter AME in Five Points, the home of the Cleo Parker Robinson Dance Ensemble. Baba Chuck has declared the theme for this year’s Dance Africa Denver to be Spiritual Awakening.

Now in its 37th year, Dance Africa is Davis’ multi-day celebration of the culture of Africa and its Diaspora. The event has been performed in major cities such as New York, Chicago, and Dallas, and has featured dance companies from around the world.

The weekend will feature the Cleo Parker Robinson Dance Ensemble in performances of Cleo Parker Robinson’s “Madiba’s River,” a work Robinson created earlier this year in honor of the late Nelson Mandela. Guest companies Fela Queens and Oyu Oro will each pay tribute to African cultural lineages derived from the Yoruba, Congolese, Carabali, Arara, and Dahomean cultures of Africa, Haiti and Cuba. Audiences will also have opportunities to enjoy African dance and music workshops and an African Market of crafts and foods.

“The purpose is to celebrate who we are all as a community – people from all walks of life, many cultures, many languages. Baba’s original vision of this was a humanitarian effort, when people come together we learn about one another,” said Cleo Parker Robinson of the Dance Africa program.

Dr. Charles “Baba Chuck” Davis is Founder and Artistic Director of the African American Dance Ensemble and the New York-based Dance Africa. Davis attended Howard University and majored in Theater/Dance. Continuing his study in African dance under the guidance of Babatunde Olatunji, Eleo Pomare, and the Bernice Johnson Dance Company, his growing reputation was as one of the foremost teachers and accomplished choreographers in the traditional techniques of African dance.