Dr. Richard Klein, Who Exclusively Treats TMJ and Obstructive Sleep Apnea, Takes His Knowledge to the Radio to Inform the Masses

After perpetually seeing a need to educate more people who suffer from the symptoms of TMJ and sleep apnea, but remain undiagnosed as well as other doctors, Dr. Richard Klein decided to take to the radio to spread his message and answer questions live on air that anyone has about the two disorders. It is especially important because the symptoms of both TMJ and sleep apnea can mimic the symptoms of many other disorders, which can lead to a long wait time until patients get to proper care. 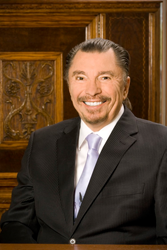 Despite all my lecturing efforts over past years, there are (of course) going to be many doctors that are still somewhat unfamiliar with my narrow scope of practice...

Dr. Richard Klein now has an hour show every month on Patriot Radio 1400AM WDTK. His new show “Getting out of the Pain Lane: with Dr. Klein” covers a variety of topics as they relate to TMJ dysfunctions and sleep apnea symptoms. In addition to talking live about his knowledge regarding such topics and what he sees in his practice from the patients he treats at his Warren, MI location, he also takes live questions via phone and has patients as guests on occasion to talk about their success and what their lives were like before seeking treatment.

Dr. Klein is the President and Founder of the Michigan Head & Neck Institute where he exclusively treats people who are having jaw pain/problems known as Temporomandibular Joint disorders, commonly referred to as “TMJ”. He also treats people who suffer from obstructive sleep apnea with custom made oral appliances (mouthpieces), which are ideal for people who won’t wear a C-PAP mask, travel a lot, or simply fall into the mild to moderate range and want a treatment alternative.

The new radio show is designed to educate people who experience the array of symptoms that are associated with the disorders, as they often mimic other disorders. Since symptoms associated with TMJ can include: eye pain, blurry vision, ear pain, hearing loss, headaches, neck pain, jaw pain, clicking noises coming from the jaw joint(s), locking of the jaw, and even dizziness, most of Dr. Klein’s patient come referred from other doctors such as neurologists, ophthalmologists, dentists, and ear, nose & throat (ENT) doctors among others.

While it might be somewhat common knowledge as to what falls into the scope of practice for a neurologist, ophthalmologist, orthodontist, chiropractor, and sleep physician it is a little different for Dr. Klein. “Despite all my lecturing efforts over past years, there are (of course) going to be many doctors that are still somewhat unfamiliar with my narrow scope of practice,” says Dr. Klein. “It is because of that, that I aim to educate patients and doctors alike through mediums such as radio.” There technically is no board-recognized TMJ “specialty” so a dentist like Dr. Klein who exclusively treats the disorder and one other thing is still considered, by title, a general dentist – even though he doesn’t practice conventional general dentistry as most people know it. The lack of an ability for any dentist to rightfully (and legally) refer to themselves as a “TMJ specialist” can make it more difficult for patients to know which doctors have and have not had special education in the disorder and to what extent. To find a TMJ-educated dentist in your area, visit http://www.aacfp.org.

Tune in to Dr. Klein’s new show on Patriot Radio, simulcast on stations 1400AM and 92.7FM. His next show will air Wednesday, April, 2nd at 7:00p.m. For other show dates, visit Dr. Klein’s website at http://www.michiganheadandneck.com and keep up with their blog, or follow Michigan Head & Neck on Facebook. Remember to call in with your TMJ or sleep apnea questions to have them answered live on air!