The suit alleges that Caremark uniformly misclassified Coding Consultants as “exempt” from receiving overtime pay under the FLSA. 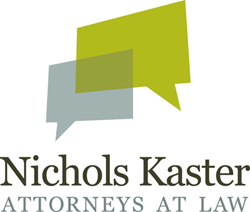 On March 31, 2014, an employee of Caremark, L.L.C. (“Caremark”), a subsidiary of CVS Caremark, filed a collective action lawsuit in Arizona federal court on behalf of herself and all other similarly situated current and former employees seeking unpaid overtime wages and liquidated damages under the Fair Labor Standards Act (“FLSA”). The suit alleges that Caremark misclassified Coding Consultants, which Caremark has also referred to as “Client Benefits Analysts” and “Benefits Specialists,” as exempt from the overtime requirements of the FLSA. As a result, Caremark did not pay them the overtime wages when they worked more than forty hours in a workweek. The case against is entitled Villarreal v. Caremark, L.L.C., and was filed in the United States District Court for the District of Arizona. The case number is CV-14-00652-PHX-SPL.

According to the complaint, prior to March 30, 2014, Caremark uniformly classified Coding Consultants as “exempt” from receiving overtime pay under the FLSA. Tim C. Selander, an attorney representing the plaintiff, stated “Just because an employee works in an office at a computer doesn’t mean that they aren’t entitled to overtime pay when they work long hours.”

The lawsuit was filed as a collective action and seeks to recover overtime pay for all current and former Coding Consultants, Client Benefits Analysts, Benefits Specialists, and those with similar job titles and duties employed by Caremark at any time within the past three years.

The plaintiff is represented by Tim C. Selander and David Schlesinger of Nichols Kaster, PLLP, which has offices in Minneapolis, Minnesota, and San Francisco, California. Additional information is available here or by contacting Nichols Kaster toll-free at (877) 448-0492.