Researchers using information provided by a magnetic resonance imaging (MRI) technique have identified regional white matter damage in the brains of people who experience chronic dizziness and other symptoms after concussion. The results of this research are published online, April 15, in the journal Radiology. 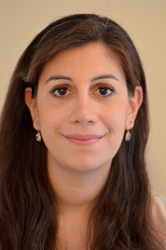 Concussion is not just one pathology, but many different injuries with different symptoms. Not every case is the same, and we need to treat each patient individually.

Researchers using information provided by a magnetic resonance imaging (MRI) technique have identified regional white matter damage in the brains of people who experience chronic dizziness and other symptoms after concussion.

The findings suggest that information provided by MRI can speed the onset of effective treatments for concussion patients. The results of this research are published online in the journal Radiology.

One of the most common and debilitating effects of concussion is vestibulopathy, a condition characterized by dizziness, imbalance and visual problems. Vestibulopathy impairs activities of daily living and puts patients at increased risk for a second injury. Up until now, no specific brain regions have been linked to the prognosis of patients with vestibulopathy.

For the study, the researchers retrospectively reviewed imaging data from 30 mTBI patients with vestibular symptoms and 25 with ocular convergence insufficiency, a condition that occurs when the eyes don't turn inward properly when focusing on a nearby object. Controls consisted of 39 mTBI patients without vestibular abnormalities and 17 with normal ocular convergence. The imaging data was acquired using an MRI technique called diffusion tensor imaging (DTI), which produces a fractional anisotropy (FA) value that can be used to determine damage to the brain’s signal-transmitting white matter.

When Dr. Alhilali and colleagues compared the DTI results, they found that the concussion patients with vestibular symptoms had decreased FA values in brain regions not previously suspected to be involved in post-traumatic vestibulopathy.

“Patients with vestibular symptoms had white matter injury in the cerebellar area, which is known to control balance and movement, and also in the fusiform gyri, a brain area that integrates the visual fields of the left and right eye and is important to spatial orientation,” she said.

The findings appear to show a connection between vestibulopathy and regional brain damage, Dr. Alhilali added.

“Vestibulopathy was previously thought to be related to the inner ear structure,” she said. “What’s unique about our study is that it shows that, in these patients, there is also injury to the brain itself.”

The researchers also found that injury to the cerebellar area was associated with a lengthier recovery time.

The findings have the potential to change the clinical management of vestibulopathy in concussion patients, Dr. Alhilali said. For example, DTI results could be used alongside neurocognitive testing to help determine a patient’s prognosis and begin appropriate treatments.

“Vestibular therapy is often very effective,” Dr. Alhilali said. “Using DTI findings, we can treat patients earlier and get them back to a baseline state much sooner.”

The researchers have two goals in the near term, Dr. Alhilali said. First they want to identify brain injuries associated with other post-concussion symptoms, and then they hope to conduct prospective studies to track patients from shortly after their concussions through recovery.

“Concussion is not just one pathology, but many different injuries with different symptoms,” Dr. Alhilali said. “Not every case is the same, and we need to treat each patient individually.”