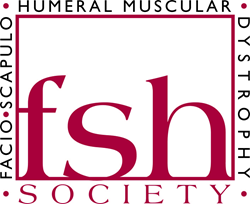 The Society has worked diligently since its inception to achieve excellence in transparency and fiscal responsibility, and it is extremely gratifying to be recognized as one the U.S.’s most efficient, ethical and open charities.

The FSH Society, the Massachusetts-based charitable foundation that has transformed the science of a little-known disease, facioscapulohumeral muscular dystrophy (FSHD), today announced it has received its sixth consecutive Charity Navigator four-star rating. Scoring 68.40 out of a possible 70 points in its evaluation, the FSH Society is currently listed as one of “10 Charities Worth Watching.” Charity Navigator, the U.S.’s premier charity evaluator, granted only three percent of the charities assessed at least six consecutive four-star evaluations, indicating that FSH Society outperforms most other charities nationally.

“The philanthropic marketplace is a crowded space as it continues to grow at an unprecedented rate, and donors are demanding more accountability, transparency and quantifiable results from those charities in which they invest,” said Ken Berger, Charity Navigator president and CEO. “The FSH Society’s four-star rating represents its ability to exceed industry standards and surpass the efforts of other charities in its cause.”

Recognized for sound fiscal management and exceptional commitment to accountability and transparency, this designation differentiates the FSH Society from its peers and demonstrates to the public its reputable standing within the nonprofit community. Receiving four out of a possible four stars indicates that the FSH Society adheres to good governance and other best practices that minimize the chance of unethical activities and consistently executes its mission in a fiscally responsible manner.

“In an increasingly competitive nonprofit sector, the FSH Society is honored to be recognized with a four-star rating for the sixth consecutive year by Charity Navigator,” said Daniel Perez, FSH Society President and CEO. “The Society has worked diligently since its inception to achieve excellence in transparency and fiscal responsibility, and it is extremely gratifying to be recognized as one the U.S.’s most efficient, ethical and open charities.”

Affecting more than 500,000 people worldwide, FSHD is one of the most common muscle dystrophies. The genetic disorder presents a lifelong progressive loss of all skeletal muscles, typically attacking the muscles of the face (facio), shoulder blades (scapula) and arms (humerus), though it can progress to affect all skeletal muscles. With FSHD there is a loss of muscle strength that ranges between one and four percent a year during a lifetime, and approximately one-quarter to one-third of patients end up in wheelchairs.

About the FSH Society
The FSH Society, founded in 1991 by two FSHD patients, is a world leader in combating muscular dystrophy. The non-profit has provided millions of dollars in seed grants to pioneering research worldwide, creating an international collaborative network of patients and researchers. The FSH Society seeks to serve as a source of information and support for all patients and families with FSHD; act as a driving force in the development of research directed towards treatments and ultimately a cure; and bring support to patients and research for FSHD through effective engagement of governmental and private sector organizations and entities. For six consecutive years, the Society has received the Charity Navigator’s four-star rating, the highest distinction held by less than four percent of non-profit organizations in the country. The FSH Society offers a community of support, news and information for FSHD patients and families through its website at http://www.fshsociety.org. For more information about FSHD, please contact the Society at 781-301-6649.