The Life, Earth & Health Sciences Magazine EurekaMag.com has published 3,260 new articles on the wolverine. As a comprehensive publisher of zoological and evolutionary articles, EurekaMag.com covers this carnivorous mammal which is native to the tundra and forests of arctic and subarctic regions. 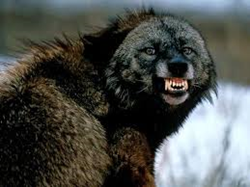 EurekaMag.com has newly published 3,260 new articles on the wolverine (Gulo gulo). While the site's Research Category extensively covers the evolutionary development of plants, animals and humans, the Life, Earth & Health Sciences Research Section 23 provides an extensive range of articles on the wolf (Canis lupus) and on the wolverine (Gulo gulo). While the wolf is a wild carnivorous mammal of the dog family, the wolverine is a carnivorous mammal not related to the family of dogs (Canidae) but native to the tundra and forests of arctic and subarctic regions.

The Life, Earth & Health Sciences Research Chapter 22006 presents a selection of the current total of 3,260 references and abstracts on the wolf including articles on the history, systematics, morphology and ecology in different regions including Altai, Azerbaijan, Buriatia, Kazakhstan, Krasnoyarsk, Irkutsk and Chita. These articles focus on the numbers and peculiarities of mode of existence in these areas and reveal the reproduction and population structure of wolves.

EurekaMag.com was launched in 1998 and has become a comprehensive publisher of references in biology, in the applied life sciences agriculture, horticulture and forestry, in the earth sciences, in the environmental sciences, and in the health sciences. After its latest update stemming largely from the zoological and evolutionary sciences, it now contains a total of 36.9 million bibliographic references from as early as 1703. Nearly sixty percent or 20.8 million of these entries feature a summary or abstract of their scientific content.

The site also features expert literature searches on user-requested biological, geographical and health subjects, a mobile version for smartphones and frequently updated accounts at Twitter, Facebook, LinkedIn and Google+. The site's current traffic is about 30,000 page visits per day.