Connect Iowa Research Shows Adoption in Iowa up by 10 percentage points since 2010. 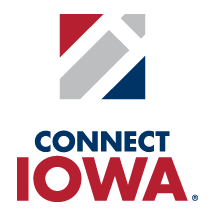 I’m encouraged by the progress we’re making in Iowa, but we’re not done yet. Through the Connect Every Iowan Act, we will continue to promote access, adoption, and use of broadband technology throughout our state.

Connect Iowa today released new data showing that broadband adoption in Iowa surpasses the national average, with 76% of households subscribing to broadband service in 2013, up from 66% in 2010.

“I’m encouraged by the progress we’re making in Iowa, but we’re not done yet. Through the Connect Every Iowan Act, we will continue to promote access, adoption, and use of broadband technology throughout our state,” said Governor Terry Branstad.

“A ten percentage point increase in adoption since 2010 shows that the efforts of Connect Iowa and our partners to bridge the digital divide are paying dividends,” said Connect Iowa Program Manager Amy Kuhlers. “Still, much work remains to be done to connect people to the empowering technology of broadband, which is why Connect Iowa is part of efforts like Gov. Branstad’s Connect Every Iowan initiative.”

The data are available via an interactive widget on the Connect Iowa website where viewers can compare adoption rates since 2010, track the growth in mobile adoption during that time, and examine barriers to adoption.

Mobile broadband usage has also grown in Iowa. More than one-half of Iowa adults (53%) use mobile broadband service, up from 22% in 2010 when Connect Iowa began measuring this trend.

Broadband adoption will be one of the key issues addressed during the state’s second-annual Broadband Summit. On June 16, Connect Iowa will host the summit at the FFA Enrichment Center in Ankeny. The event, which will feature Governor Branstad and leading industry voices, will bring together stakeholders at the state and local level to advance the state’s broadband expansion efforts.

This survey is conducted in support of Connect Iowa’s efforts to close the state’s digital gap and explores the barriers to adoption, rates of broadband adoption among various demographics, and the types of activities broadband subscribers conduct online, among other issues.

Connect Iowa’s 2013 Residential Technology Assessment was conducted in late 2013 and includes responses from 1,229 residents. Connect Iowa conducted this residential survey as part of the State Broadband Initiative (SBI) grant program, funded by the National Telecommunications and Information Administration. The SBI grant program was created by the Broadband Data Improvement Act, unanimously passed by Congress in 2008 and funded by the American Recovery and Reinvestment Act in 2009.

About Connect Iowa: Connect Iowa is a subsidiary of Connected Nation and operates as a nonprofit in the state of Iowa to promote broadband access, adoption, and use. The Iowa Economic Development Authority (IEDA) is leading the initiative to increase broadband Internet access throughout rural Iowa. Connect Iowa was commissioned by the state to work with all broadband providers in Iowa to create detailed maps of broadband coverage and develop a statewide plan for the deployment and adoption of broadband. For more information, visit: http://www.connectiowa.org..