Two recent studies in The American Journal of Managed Care find that limiting Medicaid patients' access to newer antipsychotic drugs saves little in the short run and ends up costing more later, when patients either go off medication, end up in the hospital, or both. The findings are key, given the news that Medicaid rolls have grown by 3 million due to the Affordable Care Act. 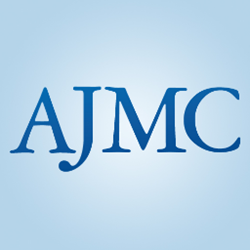 Two studies in The American Journal of Managed Care examine what happens to healthcare costs when Medicaid restricts access to newer antipsychotic drugs.

Because a number of patients may respond to only one drug, formulary restrictions can place patients with idiosyncratic treatment responses at greater risk of uncontrolled symptoms.

Two recent studies published in The American Journal of Managed Care have found that state Medicaid policies restricting access to newer antipsychotic medications can drive up healthcare costs down the line, in part because psychiatric patients are more likely to go off medication.

The issue of adherence, which describes how well a patient follows instructions for taking medication, is an important one when treating conditions such as bipolar disorder or schizophrenia. Studies published in the February and March issues of AJMC examined formulary restrictions for newer drugs prescribed for these conditions, referred to as atypical antipsychotics. The studies found that in states where doctors face hurdles in prescribing atypical antipsychotics, Medicaid patients are more likely to end up taking drugs that failed them in the past, and more end up stopping treatment or end up in inpatient facilities or emergency rooms.

The results come as Medicaid rolls are surging due to the Affordable Care Act. The Obama Administration reported earlier this month that 3 million new enrollees have signed up across the country – bringing total enrollment to 62 million. Most of the new enrollment has come in states that expanded Medicaid eligibility.

However, even though two drugs may be indicated for the same condition, the two drugs may not be equally effective for an individual patient. Also, older drugs may produce unpleasant side effects that cause patients to stop taking them.

Authors of the March 2014 study, “Do Strict Formularies Replicate Failure for Patients With Schizophrenia?” led by Dana P. Goldman, PhD, said this: “Because a number of patients may respond to only one drug, formulary restrictions can place patients with idiosyncratic treatment responses at greater risk of uncontrolled symptoms. Uncontrolled schizophrenia has dramatic costs for patients (about 10 percent of whom commit suicide), and for society in terms of increased social service use and crime.”

The March study, funded by Janssen Scientific Affairs, focused on how formulary restrictions affect physicians’ prescribing patterns. It examined how barriers to newer drugs cause patients to end up on the same medication that failed them in the past, with “failure” being described as a hospital admission for their disease or a lapse of 30 days without taking the drug. Among the findings:

The February 2014 study, “Formulary Restrictions on Atypical Antipsychotics: Impact on Cost for Patients With Schizophrenia and Bipolar Disorder in Medicaid,” led by Seth A. Seabury, PhD, and funded by Bristol Myers-Squibb, focused more closely on rates of adherence.

Researchers found that cut costs on the formulary side of the equation may not yield overall savings: Applying formulary restrictions to atypical antipsychotics is associated with higher total medical expenditures for patients with schizophrenia and bipolar disorder in Medicaid. Other findings include:

Hospitalization costs were not the only fallout, authors reported. They wrote, “In the 24 states in our data, approximately 62 percent of prisoners were in states with restrictive formulary policies. Using data on state prison costs, combined with prior estimates that formulary policies increased the overall prison population by 2 percentage points due to more mentally ill patients being arrested, we estimate that restrictive formulary policies in Medicaid increased the number of prisoners by 9,920 and incarceration costs by $362 million nationwide in 2008.”

The American Journal of Managed Care, now in its 20th year of publication, is the leading peer-reviewed journal dedicated to issues in managed care. In December 2013, AJMC launched The American Journal of Accountable Care, which publishes research and commentary devoted to understanding changes to the healthcare system due to the 2010 Affordable Care Act. AJMC’s news publications, the Evidence-Based series, bring together stakeholder views from payers, providers, policymakers and pharmaceutical leaders in the areas of oncology, diabetes management, respiratory care, and immunology and infectious disease.