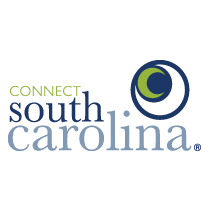 Connect South Carolina today released new data showing that broadband adoption in South Carolina surpasses the national average, with 76% of households subscribing to broadband service in 2013, up from 62% in 2010; a 14 percentage point increase.

According to the Pew Research Center, the national broadband adoption rate in 2013 was 70%, which marks a 4-percentage point increase since 2010.

“A 14% point increase in home broadband adoption statewide is phenomenal and we will continue educating residents on the importance and the benefits of broadband adoption,” said Connect South Carolina Community Technology Advisor Lindsay Conrad. “With more than three out of four non-adopters in South Carolina (78%) explaining that it would be easier for them to shop, seek out healthcare information, or interact with government offices if they had Internet access at home, however, our work is far from complete as we aim to expand adoption even further this year as adoption is one of the key issues being addressed by our broadband advisory council.”

The data are available via an interactive widget on the Connect South Carolina website where viewers can compare adoption rates since 2010, track the growth in mobile adoption during that time, and examine barriers to adoption.

This survey is conducted in support of Connect South Carolina’s efforts to close South Carolina’s digital gap and explores the barriers to adoption, rates of broadband adoption among various demographics, and the types of activities broadband subscribers conduct online, among other issues.

Connect South Carolina’s 2013 Residential Technology Assessment was conducted in late 2013 and includes responses from 1,204 adult residents. Connect South Carolina conducted this residential survey as part of the State Broadband Initiative (SBI) grant program, funded by the National Telecommunications and Information Administration. The SBI grant program was created by the Broadband Data Improvement Act, unanimously passed by Congress in 2008 and funded by the American Recovery and Reinvestment Act in 2009.

This data, as well as the latest developments in hardware, software, infrastructure, and processes across a variety of industries will be explored June 11 at Connections 2014. This annual technology and broadband summit, hosted by IT-oLogy in partnership with Connect South Carolina, will take place at IT-oLogy Theater in Columbia from 9 a.m.-5 p.m. CST. If you would like to attend or would like more information on presentations and/or sponsorships, please contact Jim Stritzinger at jim.stritzinger(at)it-ology(dot)org or Lindsay Conrad at lconrad(at)connectsc(dot)org.