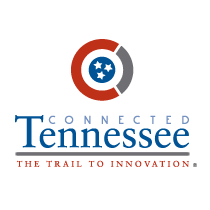 Today’s announcement that our state has now led the national average for three years running serves as validation that we are on the right track and moving more Tennesseans online.

Connected Tennessee today released new data showing that broadband adoption in Tennessee surpasses the national average, with 72% of households subscribing to broadband service in 2013, up from 43% in 2007.

According to the Pew Research Center, the national broadband adoption rate in 2013 was 70%, which marks a 23-percentage point increase since 2007.

“In 2007, Tennessee trailed the national average for broadband adoption and was recognized as a technology-challenged state. Today’s announcement that our state has now led the national average for three years running serves as validation that we are on the right track and moving more Tennesseans online,” said Corey Johns, Connected Tennessee executive director. “While we are excited to see Tennessee emerging as a technology leader, there are still more than 691,000 households that do not subscribe to home broadband - primarily due to lack of awareness of the benefits of broadband, cost barriers, and inadequate digital skills - and important work remains to move our 28% of non-adopting Tennesseans across the digital divide.”

"This is great news and quantifies what we all see everyday; Tennesseans are increasingly using wired and wireless broadband to support their lives, to stay connected with family and friends, to conduct business, to support their education, and so much more," said Catherine Glover, president of the Tennessee Chamber of Commerce and Industry. "Organizations such as Connected Tennessee are important to support broadband expansion and adoption in our state and we owe a great thanks to (Connected Tennessee) and to the men and women in the Tennessee General Assembly who have worked hard to create the regulatory and economic environment in our state to support more broadband investment and innovation."

The research findings are available via an interactive widget on the Connected Tennessee website where viewers can compare adoption rates since 2007, track the growth in mobile adoption during that time, and examine barriers to adoption.

"The jump in broadband adoption by Tennesseans is a tribute to state, federal, nonprofit, and private sector partners that have worked to increase availability and helped people understand what access means for health, education, and jobs," said USDA Rural Development State Director Bobby Goode. "Now the details in the Connected Tennessee report can do a lot to help us better target the remaining gaps in coverage and encourage the use of broadband by those who stand to benefit the most, like families and businesses in rural areas."

“The 29 percentage point increase we’ve seen in Tennessee’s broadband adoption rate since 2007 is a game-changer for economic and workforce development,” said Gary Farlow, president/CEO of the Cleveland/Bradley County Chamber of Commerce and current president of the Tennessee Economic Development Council. “The world-class companies we are recruiting today require not only the broadband infrastructure to support their business needs, but also a digitally literate workforce that is capable of using modern technology. While the increases we’ve seen in broadband adoption are certainly encouraging, Tennessee’s 238,000 school-age children still without broadband in their home shows that work remains to move all of tomorrow’s workforce across the digital divide.”

The survey is conducted in support of Connected Tennessee’s efforts to close Tennessee’s digital divide and explores the barriers to adoption, rates of broadband adoption among various demographics, and the types of activities broadband subscribers conduct online, among other issues.

Connected Tennessee’s 2013 Residential Technology Assessment was conducted in late 2013 and includes responses from 3,606 adult residents. Connected Tennessee conducted this residential survey as part of the State Broadband Initiative (SBI) grant program, funded by the National Telecommunications and Information Administration. The SBI grant program was created by the Broadband Data Improvement Act unanimously passed by Congress in 2008 and funded by the American Recovery and Reinvestment Act in 2009.