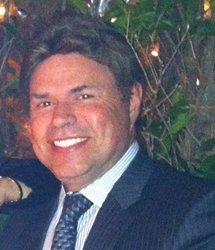 Hit-and-Run Attorney Arthur Liberty believes that results of the new undocumented license law remain to be seen but it certainly will not stem the on-going Hit-and-Run spree.

Los Angeles now officially acknowledges that a majority of all injury street accidents and a slew of recent deaths resulted from Hit-and-Runs. It has only been one year since LAPD Police Chief Charlie Beck declared that Los Angeles is suffering from a "Hit-and-Run Crises" with another 7% increase in fatal and severe injury hit-and-runs expected to be reflected in the upcoming 2013 statistics.

On October 3, 2013, California's governor signed a bill into law to permit undocumented the ability to obtain driver's licenses. The new law, however, does not become effective until 2015 and federal law still requires that before undocumented workers can obtain a driver's license they produce a valid Social Security Card or a certified copy of a birth certificate.

Hit-and-Run Attorney Arthur Liberty believes that results of the new undocumented license law remain to be seen but it certainly will not stem the on-going Hit-and-Run spree. Mr. Liberty notes that if undocumented unlicensed drivers were to stay on the scene of an accident, they would certainly risk deportation. This fear promotes a "nothing to lose" mentality that the consequences of fleeing are equal to or less than the consequences of being arrested for having no license and being involved in a fatal or injury car crash.

58% of fatal hit and run crashes occur on Friday, Saturday, or Sunday. 47% of fatal hit-and-run crashes occur between 9 p.m. and 3 a.m. A high percentage of these Hit-and-Runs are alcohol-related and even a higher percentage flee with a suspended license for driving under the influence conviction. Mr. Liberty theorizes that it may explain why Hit-and-Runs account for twice the fatalities as those charged with Driving under the Influence.

Mr. Liberty points out that hit-and-runs are so prevalent because of southern Californians' notorious lack of witness participation resulting from diffusion of responsibility in urban settings, distrust of law enforcement and witness vulnerability stemming from immigration status. Surprisingly, even Los Angeles’ well to do make up part of the epidemic of Hit-and-Runs with a dramatic increase expensive luxury automobiles being sought by the LAPD.

Santa Monica’s Top Personal Injury Attorney Arthur R. Liberty of Liberty & Associates has been pursuing Hit-and-Run accidents and uninsured motorist claims including those involving wrongful death for over three decades at its oceanfront headquarters 100 Wilshire Boulevard in Santa Monica. Liberty & Associates has recovered millions of dollars for those injured in Hit-and-Run accidents at no cost to their clients and can be contacted toll free at (866) 808-7700 or http://www.libertylawfirm.com.