Connect Nevada research shows adoption in Nevada up by 6 percentage points since 2012. 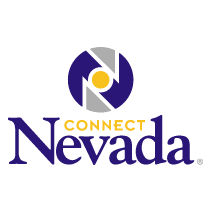 The growth of broadband adoption in Nevada shows that we are making an impact on the digital divide.

Connect Nevada today released new data showing that broadband adoption in Nevada surpasses the national average, with 81% of households subscribing to broadband service in 2013, up from 75% in 2012.

According to the Pew Research Center, the national broadband adoption rate in 2013 was 70%, which marks a 4 percentage point increase since 2012.

“The growth of broadband adoption in Nevada shows that we are making an impact on the digital divide,” said Connect Nevada State Program Manager Lindsey Niedzielski. “We know that increased broadband access, adoption, and use are catalysts for economic growth, better education and healthcare, and improved quality of life, so we look forward to continuing our efforts to overcome the barriers to adoption across the state.”

Mobile broadband usage has also grown in Nevada. More than three out of five Nevada adults (62%) use mobile broadband service, up from 39% in 2010 when Connect Nevada began measuring this trend.

The Nevada data are available via an interactive widget on the Connect Nevada website where viewers can compare adoption rates since 2010, track the growth in mobile adoption during that time, and examine barriers to adoption.

This survey is conducted in support of Connect Nevada’s efforts to close the state’s digital gap and explores the barriers to adoption, rates of broadband adoption among various demographics, and the types of activities broadband subscribers conduct online, among other issues.

Connect Nevada’s 2013 Residential Technology Assessment was conducted in late 2013 and includes responses from 1,204 residents. Connect Nevada conducted this residential survey as part of the State Broadband Initiative (SBI) grant program, funded by the National Telecommunications and Information Administration. The SBI grant program was created by the Broadband Data Improvement Act, unanimously passed by Congress in 2008 and funded by the American Recovery and Reinvestment Act in 2009.

About Connect Nevada: The Governor’s Office and the Nevada Broadband Task Force are leading the initiative to increase broadband Internet access, adoption, and use across the state. Connect Nevada is a nonprofit organization that was commissioned by the state to work with all Nevada broadband providers, create detailed maps of current broadband coverage, and coordinate efforts with other Federal grant award recipients in the state. Connect Nevada is now supporting the development of a statewide plan for the deployment and adoption of broadband. The goal is to spread high-speed Internet across the state and make sure all Nevada residents have access to its life-changing benefits. For more information visit: http://www.connectnv.org.