Godzilla is an upcoming American science fiction monster film featuring the Japanese film monster of the same name in a reboot of the Godzilla film franchise. 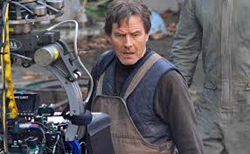 Godzilla is an upcoming American science fiction monster film featuring the Japanese film monster of the same name in a reboot of the Godzilla film franchise.

The world's most famous monster is pitted against malevolent creatures who, bolstered by humanity's scientific arrogance, threaten our very existence.

"The world renowned technology we have developed is changing the way we communicate with our TV and devices overall," says Jason Labossiere President of Exo Level.

Exo Level will be running an extensive advertising campaign to attract new customers to the already stable and increasingly popular user base. Dubbed the “We Love TV” campaign, it is designed to showcase what makes the ANDROIDTV.com so attractive to consumers with a wide variety of different tastes and interests.