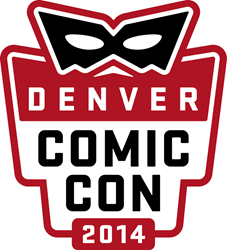 DCC is thrilled to be able to provide a forum where fans and cast members can interact—including, of course, the captain of the reunion panel: William Shatner.

“Even though Star Trek: The Next Generation only originally aired for seven seasons, fans have come to have deep attachments to these characters,” said convention director Dr. Christina Angel. “We’re thrilled to be able to provide a forum where fans and cast members can interact—including, of course, the captain of the reunion panel: William Shatner.”

The Saturday, June 14 evening event will be held in the Bellco Theatre. The tickets range from $50-$150 and can be purchased at http://www.denvercomiccon.com; a paid admission into the con is required, and tickets are still available for Denver Comic Con. Fans unable to purchase tickets to the reunion panel can meet many of the cast members for individual autograph sessions and photo opportunities at Celebrity Summit on the convention floor (times TBA). Many of the guests will also participate in additional panels based on other work.

Brent Spiner, Patrick Stewart and Will Wheaton will not able to join the rest of the cast in Denver due to scheduling conflicts.

DCC has a complete and ongoing list of announced guests at its website, which includes notables such as Adam West and Burt Ward of the 1960’s “Batman” series, Stephen Amell from the CW’s “Arrow,” Karl Urban from Star Trek and Lord of the Rings films, Bruce Campbell of “Burn Notice” and “Evil Dead” and Michael Rooker from “The Walking Dead,” in addition to today’s announced guests.

“Star Trek: The Next Generation” Panel Guests
William Shatner – One of the most recognizable pop icons working today, Shatner played James Tiberius Kirk, the captain of the “Star Trek’s” U.S.S. Enterprise on the original television series and in seven Star Trek films between 1979 and 1994. He’s also known as television’s TJ Hooker from the series of the same name, and for his three-time Emmy award-winning role in “The Practice” and its successful spin-off “Boston Legal.” Most recently, he brought “Shatner’s World,” a unique retrospective cinematic event, to movie theaters in April 2014. Shatner is also an avid horseman and started the Hollywood Charity Horse Show in 1990.

Jonathan Frakes – In addition to playing Capt. Picard’s no. two, Commander William T. Riker, Frakes directed eight episodes of “Star Trek: The Next Generation” as wells as a number of Next Generation spin-off episodes on “Star Trek: Deep Space Nine” and “Star Trek: Voyager” and feature films Star Trek: Insurrection and Star Trek: First Contact. Frakes is also known for his role as David Xanatos in the animated series “Gargoyles” and has directed episodes of “Marvel’s Agents of S.H.I.E.L.D.,” “Falling Skies,” “V,” “Dollhouse,” The Twilight Zone” and “Roswell.”

LeVar Burton – Burton played lieutenant commander and the chief engineer Geordi La Forge in “Star Trek: The Next Generation” and each of the Next Generation films. He’s also appeared in episodes of “Batman: The Animated Series,” “Gargoyles,” “Captain Planet and the Planeteers,” “Super Hero Squad Show,” ”Transformers: Rescue Bots” and “The Big Bang Theory” as well as voicing the role of Black Lightning in “Superman/Batman: Public Enemies.”

Denise Crosby – Crosby played “Star Trek: The Next Generation’s” Lieutenant Tasha Yar, and later she also played the character’s daughter, Romulan Commander Sela. Since Star Trek, Crosby has appeared in shows such as “Lois & Clark: The New Adventures of Superman,” “The X-Files,” “Dexter,” “Mad Men,” on Showtime’s “Ray Donovan” and most recently in AMC’s “The Walking Dead.” Crosby also starred in and co-produced a feature documentary, "Trekkies" about the fans of Star Trek.

Michael Dorn – Dorn played Lieutenant Worf, the Klingon security chief of the Enterprise on “Star Trek: The Next Generation” and reprised the role in each of the series’ feature films and again for the series “Star Trek: Deep Space Nine.” As a result, Dorn has appeared on-screen in more Star Trek episodes and movies than anyone else. He’s also played characters in “Spider-Man,” “Justice League,” “Duck Dodgers,” “Heroes,” “Ben 10,” “Batman: The Brave and the Bold,” “Super Hero Squad Show” and “Castle.” His video game voice work includes a number of Star Trek games, “World of Warcraft,” “Emperor: Battle for Dune,” “Saints Row II,” Saints Row IV,” “Mass Effect 2” and “Star Craft II: Wings of Liberty.”

Gates McFadden – McFadden played the U.S.S. Enterprise’s doctor, Beverly Crusher on the series and in the “Star Trek: The Next Generation” films. Prior to that role, McFadden worked for Jim Henson as a mupeteer and choreographed the ballroom scene in “Labyrinth” as well as scenes in the “Dark Crystal.” During her television career, she’s appeared in “Franklin & Bash,” “The Family Guy,” “Mad About You,” “The Cosby Show” and “All of My Children.”

Marina Sirtis – Sirtis played Counselor Deanna Troi on “Star “Trek: The Next Generation,” “Star Trek: Voyager” and in the series’ feature films. She’s also known for her voice work on shows such as “Gargoyles” and “Young Justice,” and has a number of video game credits to her name including “Mass Effect” and Batman and “Robin.”