Forbes Magazine describes Madrivo as helping to turn Las Vegas into a “Vibrant Technology Hub.” Madrivo is now building a community on the east side of Las Vegas, one building at a time. 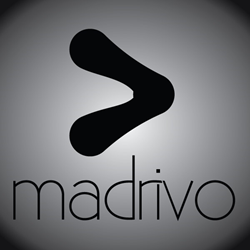 Forbes Magazine described Madrivo as helping to turn Las Vegas into a “Vibrant Technology Hub.” Madrivo is now building a community on the east side of Las Vegas, one building at a time.

By the end of 2012, it was clear that after the first year of business, Madrivo was growing at such a rapid rate, that a permanent and larger office space was needed to accommodate the needs of an expanding employee base.

At the beginning of 2013, one of Madrivo’s owners was driving along South Eastern Avenue in Las Vegas, and on the corner of Viking Avenue, he spotted a run down, graffiti and garbage ridden, half-abandoned building. Instead of frowning at the sight, he stopped his car, got out, and kept looking at the building. Then he started to smile. He had an idea, and with that idea came a vision. The vision: not just for the ruined building in front of him, but for Madrivo, Madrivo’s employees, and for the community and residences in the surrounding area.

The community is Paradise Palms, a mid-century modern neighborhood which backs along what is now the Las Vegas National Golf Course. This unique subdivision was Clark County, Nevada’s first planned modern housing ‘community’ that was developed in the 1960’s by Irwin Molasky’s Paradise Developments. The architectural firm, Palmer and Krisel, designed some of the houses, which have been credited with bringing modern architecture to America’s middle class families. At the time, American Builder Magazine presented Paradise Developments with an award for one of the best-planned communities in the US (http://www.paradisepalmslasvegas.com/).

In January 2013, the newly formed CheFach Holdings purchased its first building at the corner of South Eastern and Viking, Las Vegas, with the planned project of renovating and creating a new and modern office environment for Madrivo. Under traditional circumstances, purchasing or renovating a first property is one of life’s most stressful times. In addition to expanding to the Media Agency, Madrivo decided to better the community by owning its place of business, embracing the challenges of a renovation in addition to the daily business needs. After all, how difficult is it to remodel an existing structure? Madrivo was about to find out.

The first hurdle: Oops! The building was sold as ‘commercial’ by a commercial real estate broker, but was in fact ‘commercial” in some official designations and “residential’ in others, thereby requiring a comprehensive conversion process. The brokers, sellers, Title Company, and recording agent all missed the fact that the building was never officially converted to commercial. The first time buyers, Madrivo, who paid handsomely to ensure that the property was sold as advertised, was stuck with the residual; the challenge of learning how to convert a 50-year-old residential building into a commercial structure. And so, Madrivo was back to starting from square one with creating the vision of a unique and personal office setting .

We now fast-forward one year and four months. With the help and knowledge of Commissioner Chris Giunchigliani and Marcie Whelan from the Clark County Commissioner’s Office, Kevin McOsker and Dave Ford from the Clark County Building Department, Al Laird and Jason Allswang from the Clark County Planning Department, Erik Denman from Clark County Public Works, Tracy Fernelius and Scott Reese from Code Enforcement, and The Paradise Town Board, Madrivo was able to work and to execute a comprehensive conversion plan. A far financial and resource stretch from the original cosmetic upgrade, the process required a complete overhaul of the building and surrounding landscaping. Overall, with the help and invaluable advice of Clark County, the project turned into a win-win for Clark County, Madrivo, and the surrounding community. Everyone took part in the redevelopment project and offered great advice, ideas, and suggestions, making the completed structure even better than the original vision.

Today, Madrivo has its Certificate of Occupancy and Business License issued by Clark County proudly hanging on the walls of 3889 S Eastern Ave, Las Vegas due to the help of the Clark County Staff, the Paradise Palms Community, and the Commissioners Office. The building is simply beautiful and maintains the original vision of Paradise Palms. The outside landscaping and hardscape are only a hint of the creativity and originality of the interior. The first thing you notice is the natural light. Next, the beautifully crafted hardwood floors (many employees leave their shoes at the door) create a calming sense of openness and relaxation. This is meant to be a working environment, right?

A focus on sustainability including the insulation, green finishes in the office, the low VOC paint, and energy efficient appliances make it a nice place to work. The drought tolerant native plants in the front and fast growing bamboo will provide shade and a very efficient and cool microclimate in the summer, which lends to relaxation.

Through the real estate holding company Chefach, Madrivo has also grown and invested in helping to make the Paradise Palms Community a better place by purchasing and renovating another five residential houses for new employees moving to Las Vegas.

Simply put, “Thank you Madrivo and welcome to the neighborhood!”