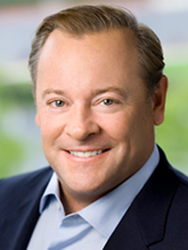 "Genotaur has an incredibly impressive array of resources and expertise that will greatly enhance the way consumers interact with technology." said Jack Tretton.

"This is a very exciting time for us at Genotaur as we develop new products and scale our business, focusing initially on implementation within the computer entrainment business. Jack’s experience in every area of building and operating consumer products and interactive entertainment companies will help us grow our capabilities at Genotaur,” said Tony Simpson, CEO and President of Genotaur. “We are fortunate to have an executive of Jack’s knowledge and experience base on our team."

Genotaur, a technology start-up, launched a multi-disciplinary research and development project with the goal of creating new forms of intelligent interactive interfaces between humans and computers. The company, a member of the Center for Hybrid Multicore Productivity Research, a National Science Foundation-sponsored laboratory located at the University of California, San Diego, plans to license its ground-breaking innovations for use by a diverse array of strategic partners in the fields of digital entertainment, robotics, early childhood education, action figures, and gaming.

Tretton brings a depth of knowledge about consumer products and interactive entertainment to the Genotaur management team having stepped down from his role with SCEA earlier this year. As a member of the original Sony Computer Entertainment America management team chartered with launching the PlayStation brand in North America in 1995, he brings more than 30 years of consumer product experience to his new role, including 28 years dedicated to the interactive entertainment space. During his tenure at SCEA, he had oversight of all functions of the business in various roles including Director, Vice President, Senior Vice president, EVP, COO, President and CEO.

Prior to joining SCEA, Tretton held posts at software publishers JVC Musical Industries and Activision, as well as Majers Corporation and Duracell, USA. He also served as the Chairman for the Entertainment Software Association; an organization dedicated to serving the business and public affairs needs of companies that publish computer and video games.

"Genotaur has an incredibly impressive array of resources and expertise that will greatly enhance the way consumers interact with technology. I look forward to sharing my passion for bringing interactive entertainment and cutting edge technology products to market with the team,” Tretton said.