Supported by The Medical Marketing Group of Beverly Hills, “Dandy Nails with Sandy” is a 4-episode web series that takes the form of a lo-fi nail art tutorial with an existential, sci-fi mystery plot. 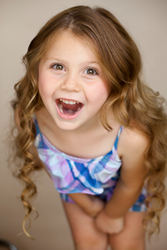 As part as its community outreach work, The Medical Marketing Group of Beverly Hill is proud to support “Dandy Nails With Sandy” web series.

“Our employees are encouraged to be involved in projects that are unrelated to their day-to-day job. We want them to be exposed to something new or unusual, so they can gain a new perspective that might benefit our clients,” said Marc Belanger, CEO of The Medical Marketing Group of Beverly Hills.

This web series looks like a nail art tutorial but tells an intriguing Sci-Fi story. “We found it very original and could not resist offering our support,” says Marc Belanger whose daughter plays the role of Madison.

Sandy starts making tutorial videos in order to share her passion for nail art with “the people on the internet,” but things take a mysterious and sinister turn when Sandy's daughter, Madison (played by Gabriella Belanger), finds a strange object in the backyard.

“I started watching nail art tutorials out of a genuine interest in nail art,” says project creator, Sallie Merkel, “but then I found myself watching them not for their content, but because I was interested in the people who make these videos. I fell down a rabbit hole of watching online tutorials as character studies. The form is absolutely fascinating—people reveal so much about themselves when they are teaching others how to do something they really love. Of course, they are often shot in domestic spaces, which heightens the voyeurism of the viewing experience. Beauty tutorials are especially compelling. They’re very vulnerable and intimate. I wanted to use that form to tell a fictional, long-form narrative that would make use of the deeply personal nature of home-made online tutorials.”

“Dandy Nails with Sandy” explores themes of isolation, self-expression, encounters with the unknown and parental anxieties. The science fiction plot functions as a metaphor for the inability of a parent to control the events in his or her child’s life and the truth that one can never fully know or understand another person, even one’s own child.