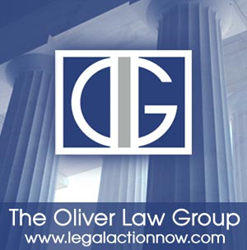 The Oliver Law Group P.C. is launching a page on the recall of General Motors’ (GM) vehicles with faulty ignition switches to provide the latest information on the recalls, federal investigations of GM, and developments in pending ignition switch lawsuits against the company. The Law Firm is also involved in a multiple GM ignition switch recall lawsuits against GM, which has been fined $35 million by the U.S. government for waiting for more than a decade to recall and repair the defective ignition switches.
According to a report published by National Public Radio, GM became aware of the problem in 2001. GM engineers discovered that the faulty ignition switch slipped into the “accessory” or “off” position while the vehicle is in motion. The vehicle would suddenly lose electrical power for steering and braking and disable the air bags. The problems were identified on the Saturn Ion and the Chevrolet Cavalier, and GM did not correct the defective ignition switches. In 2004, the Chevy Cavalier was replaced by the Chevy Cobalt, which also had the same faulty ignition switch.
[npr.org/2014/03/31/297158876/timeline-a-history-of-gms-ignition-switch-defect, March 31, 2014]

It wasn’t until February 2014, that GM issued an official recall the vehicles with defective ignition switches. The following cars have been recalled:

WDIV-TV, the NBC affiliate in Detroit, Michigan reported that ignition switches for the recalled vehicles are arriving; however, some Saturn repairs have been delayed since new keys for the ignition do not fit in the vehicles door or trunk locks.
[gmignitionupdate.com]
[clickondetroit.com/news/gm-recall-saturn-replacement-ignitions-causing-problems/25625852, April 23, 2014]

Court records indicate that lawsuits against the global automaker are mounting, a motion has been filed with the U.S. Judicial Panel of Multidistrict Litigation (JPML) asking that all GM defective ignition switch cases be transferred to the U.S. District Court, Southern District of California for coordinated pretrial proceedings.
(In Re: General Motors LLC Ignition Switch Litigation – MDL 2543)
The JPML has scheduled a hearing on the motion for May 29th in Chicago.

The Oliver Law Firm is representing a Wayne County, Michigan woman as a result of a 2012 automobile collision that was allegedly caused by a faulty ignition switch. The lawsuit claims that the Plaintiff’s 2006 Saturn Ion was fitted with an ignition switch that can unexpectedly and suddenly move from the “On” or “Run” position to the “Off” or “Acc” position. When this occurs, certain electrical components, including the engine, the power assisted steering and anti-lock brakes are can turn off, thereby endangering the vehicle occupants and compromising the safety airbag system. The lawsuit, which was filed in Wayne County Circuit Court on May 19, 2014, names General Motors LLC and Delphi Automotive PLC among the defendants. (Case No. 14-006509-NP)
The Oliver Law Firm is also representing a Livingston County, Michigan, woman whose 2004 Saturn Ion shut down while she was driving the vehicle in 2013. The lawsuit stated that the woman was able to coast the Saturn off to the side of the road and was not injured. The complaint also contends that the woman purchased the vehicle in 2013 and is now left with a defective vehicle with a greatly diminished resale value. The lawsuit was filed in the U.S. District Court, Eastern District of Michigan (2:14-cv-11912)

If you have been injured in an accident by a defective General Motors vehicle that was recalled due to a faulty ignition switch, contact the Oliver Law Group P.C. for our free GM ignition switch recall lawsuit case review by calling 1-(800) 939-7878 today or visit http://www.legalactionnow.com.

Oliver Law Group P.C. is a different kind of law firm. One that focuses on the needs of the injured first. A compassionate law firm dedicated to fighting for the rights of victims and their families, and doing everything necessary to ensure those rights.