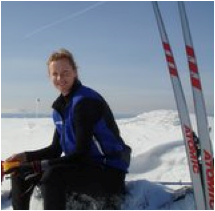 The patients PFO is closed leaving only a small suture in the heart.

Nobles Medical Technologies II, Inc. (NMT2) today announced that its first Swedish patient Eva has had a successful PFO closure. The patient, a nurse/ administrator from the hospital and rehabilitation center in Linkoping, who has suffered from stroke and migraine was being treated with aggressive medication Warfarin (a strong anticoagulant) and Simvastatin while awaiting closure of her PFO.

Eva and her physicians investigated the cause of her stroke and found Eva suffered a cryptogenic stroke, i.e. there were no vascular disorder or any other explanation for the stroke. During an ultrasound examination of the heart they found a PFO (Patent Foramen Ovale), which they believed was the reason for Eva’s stroke. PFO is a condition in which the tunnel between the left and right side of the heart did not close shortly after birth, which leaves the tunnel for clots to pass from the right to left side of the heart bypassing the filtration of the lungs. This is a condition that exists in more than 27% of the population.

Eva was scheduled for PFO closure with a large metal umbrella type implant that would remain in her heart for life and require potentially long term anticoagulation therapy and carry some of the known risks associated with these implants including migration, erosion and perforation of the structures of the heart. This led Eva to investigate alternative treatment. Her cardiologist Dr. Niels Erik Nielsen recommended a new device from America, the NobleStitch EL. Initially apprehensive to be the first in Sweden until Eva saw an interview with Prof. Nobles showing the NobleStitch device and then specifically requested the NobleStitch EL to treat her PFO.

It was clear to her Physician Dr. Niels Erik Nielsen, Cardiologist at the Linkoping University Hospital in Sweden that she needed to have her PFO closed. Because she had already had a stroke and did not want the usual type of implant in her heart. Dr. Nielsen also believed their was a better solution required for her and his other PFO patients and having discovered the NobleStitch a year prior at the Structural Heart meeting “CSI” in Frankfurt. He began his research and contacted Prof Nobles at the congress and received initial training on the NobleStitch. Dr. Nielsen believed that the NobleStitch would be the best device for her rather than the metal disc implants, which required leaving a couple of large metal discs in the heart as there were some potential risks associated with these discs that Dr. Nielsen nor his patient wanted to take.

The NobleStitch enters percutaneously through the vein in the leg and travels into the heart under fluoroscopy (X-ray) and places a suture in the PFO to close the hole. This is the same suture that is used in the open-heart procedure, but without the surgery.

Dr. Nielsen contacted Nobles Medical to see if he could get the NobleStitch for this procedure in Sweden. After speaking with Prof. Nobles, CEO of NMT2, Prof. Nobles planned a trip to Sweden as part of the initial sales launch in Sweden and to train Dr. Nielsen on the NobleStitch EL. Dr. Michael Mullen, Consultant Cardiologist at University College Hospital London, UK and a member of the NMT2 Clinical Advisory Board who has performed more of the NobleStitch procedures than anyone in the world, flew to Sweden to proctor Dr. Nielsen who successfully placed the suture in Eva’s heart and achieved a perfect closure using the NobleStitch. The entire procedure took less than 25 minutes, and a single suture did the job.

Prof. Anthony Nobles commented, “This is another example of how our device is treating patients from all over the world, it is an honor to be invited to these prestigious hospitals by such renowned cardiologists to assist in improving their patients quality of life with the NobleStitch. We look forward to working more in Linkoping and with Dr. Nielsen and his staff.”

Dr. Nielsen commented, "The patients PFO is closed leaving only a small suture in the heart, no material on the left side of the heart, no risk for late erosion or perforation of the heart no increased risk of arrhythmia. Furthermore the patient can continue with her low dose aspirin after her stroke and does not need any other anticoagulation."

About the NobleStitch EL System
Nobles Medical Technologies II's NobleStitch EL is a catheter-based system that allows a physician to place a suture in the PFO tunnel in the heart through a percutaneous puncture in the leg, in many cases under a local anesthetic in a catheter lab rather than in an operating room. This eliminates the need for open-heart surgery or placement of a large metallic implant in the heart. The NobleStitch is not a “device” or mechanical implant; it only places a simple polypropylene suture in the heart. By closing the hole or PFO, the therapy will reduce or eliminate the shunting from the right to the left side of the heart, allowing the lungs to filter the clots and other chemicals and preventing them from going straight to the brain, potentially halting strokes and severe migraines and enabling patients to live a higher-quality life.

The NobleStitch is CE marked in Europe for “Cardiovascular suturing and PFO Closure.”