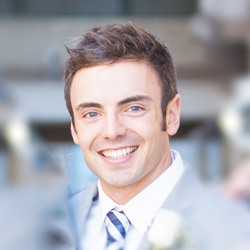 “It’s up to us to become the leaders, entrepreneurs, and politicians who will restore virtue and ethics in our culture.” – Chad Grills

Chad Grills is one Army Infantry Veteran fed up with the recent scandals cluttering the news. Now that he’s out of the military, he’s free to speak up, and is taking matters into his own hands.

Grills says the recent headlines of tragedies and corruption at the Department of Veterans Affairs are only the beginning symptoms of larger systemic problems.

The project aims to create a roadmap for veterans to thrive in the 21st century.

Grills is adamant that America desperately needs our veterans to become the leaders, entrepreneurs, and politicians of the future. However, the problems preventing this are daunting. The first challenge is the training veterans receive after deployments and when exiting the military. He says everything about the training is wrong, and even harmful.

“The information veterans receive is completely irrelevant, and sets us up for failure in a world being disrupted by technology and global competition. The preparation we receive for civilian life basically goes like this: you probably have PTSD, update your resume, and go to the VA if you’re depressed.”

Some would argue that this lack of up to date training exacerbates the difficult time veterans face after returning home. Many of these struggles are currently in the headlines: veteran homelessness, relationship turmoil, unemployment, and the staggering reality that 22 veterans are committing suicide every day.

He says these challenges are addressable, but require innovative approaches. According to him, there are few in the government who understand the root of these problems or even know what information to provide.

While he faced his own challenges after the military, he said they were minor compared to what some veterans have endured.

“I was very lucky during my deployments. Now that I’m out of the military, I feel that I have a duty to speak up and help solve the problems our government has created.”

He presents a table of contents for his book, which is centered around the PRSE framework. PRSE stands for: personal health, relationships, skills, and entrepreneurship. Grills discusses how veterans can use PRSE as a foundation to turn their experiences into what psychologists refer to as Post Traumatic Growth.

The Kickstarter page contains the sections and stories to be featured in the book. Some of them include:


• Free Graduate School (plus, the graduate schools and Colleges of the future)
• Funding Training The Post 9-11 GI Bill Won’t Cover
• The Path to Rebuilding America

The sections and case studies are all designed to be delivered in a series of stories. Grills says this time tested method ensures value can be absorbed and utilized by the reader.

The project also focuses on how to deal with a stagnate United States economy, and a tough job market. He points to these obstacles as calls for action,

“Our veterans are the last generation of Americans who have operated for years outside the comfort that we enjoy in the United States. Veterans need a new mission at home that is big enough and worthy enough of our potential. Rebuilding America is that mission.”

Chad Grills is an Army Infantry Veteran. He deployed to Iraq from 2007-2008, and to Egypt from 2011-2012. He currently works in technology, where he and his wife are building an app to tackle the higher education dilemma. He’s the author of the book, Future Proof, and serves on the board of directors at Hire Our Heroes.

About Hire our Heroes:
Hire Our Heroes (HOH) is a registered 501(c)(3) nonprofit organization founded and operated by veterans. The mission of HOH is to empower veterans and employers with the knowledge, skills, and innovative tools necessary to optimize a strategic workforce.