Professional voice casting website The Voice Realm is offering one client the chance to have their recording done for $1 during the month of July. The service connects voice actors with clients in need of a voice recording. 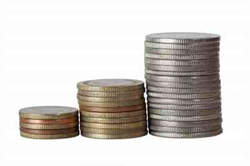 $1 voice over offered by casting website The Voice Realm

Following the success of The Voice Realm, competitors tried to emulate parts of the sites features that resonated with talent, only to be met with disdain from the voice actors that they felt used for so long.

All clients who utilize the service to hire voice talent will be entered to win their recording, no matter how big or small, for the tiny fee that’s sure to make any account manager happy.

The Voice Realm has grown to become one of the biggest voice casting websites over the past two and a half years, paying out over one and a half million dollars in voice over jobs. Many voice talent are now solely using the website to handle all their voice over bookings.

Now representing over 1,000 of the world’s best voice actors, clients no longer need to sort through hundreds of amateur auditions to find the perfect voice for their project.

Prior to The Voice Realm launching in March 2012, websites existed that allowed voice talent to bid against one another in reverse-like auctions. This was only after the actor had parted with $300 or more for the ability to take part in auditions.

Following the success of The Voice Realm, competitors tried to emulate parts of the sites features that resonated with talent, only to be met with disdain from the voice actors that they felt used for so long.
The website now casts thousands of jobs each month, and connects clients with voice actors that speak hundreds of languages, accents and dialects.

The promotion for one client to win their voice over recording for $1 began on July 1st and runs through July 31st.

Marketing Manager for The Voice Realm says that clients are loving the set rates and caliber of talent. “I can say that 99% of clients I’ve spoken to confirm that they will return to our website to continue to hire voice talent. The ease of finding voice actors at affordable rates has really struck a chord. Many were sick of being presented with amateur talent with second rate recording equipment.”

The Voice Realm pre-screens all actors on their roster, with roughly 2 out of every 10 who apply being accepted.

The client who will win their voice over for $1 will be drawn at random on August 1st 2014.