Feel Like You Have A Summertime 'Flu'? It Could Be Lyme Disease

According to Lyme Research Alliance, the first sign of Lyme disease may not be a bull’s-eye rash, but a flu-like illness, particularly if you live in or have visited an area this summer where ticks are found. 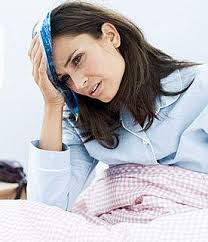 If you feel like you have the flu, it could be Lyme disease.

See a doctor if you develop what seems like a summertime flu--even a few weeks or a couple of months after being in rural or suburban areas.

You’re having a wonderful summer—sunning, gardening, enjoying BBQs with family and friends. So why have you suddenly developed chills and fever, headache, stiff neck, achey joints, and a feeling of total exhaustion? If you suspect a flu-like illness, it could actually be the first sign of Lyme disease.

Your risk of developing Lyme is greater than you might think. Until last year, it was estimated that about 30,000 new cases occurred in the U.S. annually. But the Centers for Disease Control and Prevention revised that figure last August, reporting that Lyme infects 10 times more Americans—or 300,000 people every year. Ticks can also spread other diseases, including anaplasmosis, babesiosis, and the extremely rare Powassan virus.

There’s still no accurate way to test for Lyme, especially in its early stages. Many people associate the disease with the familiar bull’s-eye rash, but less than 50 percent actually develop one. “That’s why if you develop what seems like a summertime 'flu'—even a few weeks or a couple of months after being in rural or suburban areas—it’s important you see a doctor and get tested for Lyme and other tick-borne illnesses,” said Diane Blanchard, co-president of Lyme Research Alliance (LRA). “However, since tests for Lyme may be falsely negative or falsely positive, Lyme should be diagnosed clinically based upon a doctor’s evaluation of your symptoms and exposure to ticks.”

June to early August are prime times for ticks because the insect-like creatures are in their hungry “nymph” stage. Their tiny size (smaller than the head of a pin) makes it difficult to detect them on clothing or skin, and they may feed—often unnoticed—for days. They also tend to attach themselves to parts of the body that you don’t readily see, like the armpits, groin, behind the knee, and scalp.

If an infected tick transmits the Lyme spirochete to your bloodstream, you don’t feel anything even as the corkscrew-shaped bacterium burrows into your tissues, where it starts multiplying. In as soon as three days, you can start to feel sick as the bacteria disseminate throughout your body.

In Connecticut alone, there are about 30,000 human Lyme disease cases annually, according to Kirby Stafford III, Ph.D., chief scientist and state entomologist of the Connecticut Agricultural Experiment Station. Last year, there were 2,918 confirmed and probable cases of Lyme; 2,660 cases in 2012, and 3,041 cases in 2011 reported to the Connecticut Department of Public Health. However, Dr. Stafford was quick to point out that only about 10 percent of cases get reported each year, so “this still represents a lot of Lyme disease.” And though the numbers of ticks “continue to be lower than we’ve seen in previous years,” he said, ticks are “still very abundant.”

To protect yourself from tick bites, don’t sit in the grass, lean against trees or fences. When hiking in the woods, gardening, camping, or mowing the lawn, wear full length, light-colored clothing and tuck your pant legs into your socks. Spray exposed skin with DEET insect repellent of at least 20 percent concentration. Treat your clothes with permethrin and spray your shoes with it. After returning indoors, toss your garments into a dryer at high temperatures to kill any ticks that have attached to your clothing. Shower as soon as possible and check your body thoroughly for attached ticks.

To better educate the public about Lyme disease, LRA now offers a “Lunch ‘N Learn" presentation session to employees of New York and Connecticut corporations, non-profit groups, and other organizations. The free 50-minute seminar, scheduled during the lunch hour, focuses on Lyme risks, prevention and tick removal tips. If you are interested in learning more about the LRA program, please contact Peter Wild, LRA’s executive director, at 203-969-1333.

Lyme Research Alliance, formerly Time for Lyme, is a Connecticut-based, national non-profit that funds cutting-edge research into Lyme and other tick-borne diseases. For more information go to http://www.LymeResearchAlliance.org.