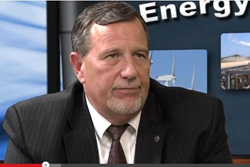 Safety regulations alone are not enough; there needs to be a higher standard for the personnel who are installing solar throughout the state

CJ Hamilton, the leading Southern California Electrical Awareness instructor for the National Electric Contractors Association (NECA), and the International Brotherhood of Electrical Workers (IBEW), conducted a training class on solar photovoltaic (PV) electrical and fire safety awareness for the Orange County Fire Prevention Officers (OCFPO). This training was held at the City of Orange Fire Department in Orange, California, which coincided with the OCFPO’s annual meeting earlier in the week. On-hand were representatives from Sullivan Solar Power, a leading Southern California solar installer who was invited to participate in the training to provide technical field expertise.

The OCFPO awareness class focused on fire safety issues related to solar photovoltaic system design, and potential hazards in the field. “This comes at a time when the California solar industry continues to boom. Fire inspectors and first-responders are seeing more and more rooftop solar installations throughout the community, and we know that trend will continue. It’s important that inspectors, fire fighters, and other first-responders get training and education on this emerging technology,” said Bob Frost and John Brown, Business Managers for IBEW Local 440 & 477.

A portion of the training highlighted the need for responsible growth of the statewide solar industry, with regards to electrical and fire safety. Because of potential or hidden electrical dangers in regards to proper installation, “Safety regulations alone are not enough; there needs to be a higher standard for the personnel who are installing solar throughout the state,” said NECA's Southern Sierra's chapter's Executive Director David Shankle . “Even the simplest residential solar systems can output 600 volts of electricity, which creates a potential hazard for both persons and property. The best way to protect businesses, home owners, inspectors, fire fighters, & other first-responders, is to require state-licensed electricians to perform the installs.”

Rooftop solar projects have increased dramatically throughout the state. Much of that growth is happening on the customer-side of the meter, which is solar sited on homes, businesses, schools, and other buildings throughout the community. A recent report from the Solar Energy Industries Association showed California as the leading state by a wide margin, deploying 2,621 megawatts (MW’s) of solar generating capacity in 2013; the next largest state was Arizona at 421 MW’s.

CJ Hamilton has trained over 7,000 firefighters and first responders throughout California, via his electrical awareness training class, over the last three years. Earlier this month, CJ Hamilton’s training course was recognized for helping to save the lives of three Colton City Firemen, whose fire truck came into contact with a 12,000-volt power line, while fighting a commercial building fire.