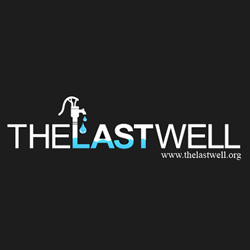 Ebola is a terrible disease that has claimed the lives of 700 people in five months, yet more than 700 Liberians die from water-borne diseases each week. The difference is that although we can only contain Ebola we can eradicate water-borne illness.

Dr. Todd Phillips landed at Dallas/Ft.Worth International Airport at 4:00 pm Sunday to a barrage of media inquiries about the situation in Liberia, one of three African nations experiencing the worst Ebola virus outbreak in history. Phillips just returned from a 10 day trip there as part of The Last Well’s mission to provide clean water and share the Gospel with the entire nation by 2020, a feat that, if accomplished, will make Liberia the first developing country to have border to border clean water access.

“The situation on the ground wasn’t changing day by day, it was changing hour by hour," Phillips told television reporters as he left the airport. “In less than 48 hours all government offices, schools and borders were closed and major NGOs were evacuating their people.” Phillips said that parts of Monrovia, Liberia’s capital city, became like a ghost town: “Markets that are usually teaming were empty, store fronts were locked up, it was surreal.”

One of the challenges for Americans trying to understand the impact of Ebola is misinformation. In the past few days, business tycoon Donald Trump has taken to Twitter to oppose treatment of US citizens suffering from the Ebola virus at Atlanta’s Emory University Hospital. As aid workers Dr. Kent Brantly (now receiving treatment at the Atlanta facility) and Nancy Writebol awaited transport back to the US, on August 1, Politico reported that Trump wrote: “Stop the EBOLA patients from entering the U.S. Treat them, at the highest level, over there.THE UNITED STATES HAS ENOUGH PROBLEMS!”

Phillips responded to Trump’s comments by saying, “Dr. Brantley and Nancy Writebol deserve to be brought to the US to be with friends and family and get the best care in the world.” Phillips said further, “The insensitive comments from Trump and others suggest we should not welcome these American heroes, and undermine the work such dedicated volunteers are doing.”

On July 29, Phillips held a press conference with members of the Liberian media and dignitaries such as Liberian Vice President Joseph Boakai, the traditional Queen of Liberia (Ambassador Juli Endee) and nation’s senior Chieftain Zanzan Karwah. Phillips told attendees that while the Liberian civil war claimed the lives of 250,000 people, 300,000 have died from water borne diseases since the end of the conflict. And while Ebola is a grave challenge for West African and the world, it is a silent killer that poses a greater threat.

“Ebola is a terrible disease that has claimed the lives of 700 people in five months, yet more than 700 Liberians die from water-borne diseases each week,” Phillips said. “The difference is that although we can only contain Ebola we can eradicate water-borne illness. We have never been more committed. Others may leave Liberia, but we’re in this until the last well is drilled.”

To date, The Last Well has brought clean water and the Gospel to nearly 600,000 Liberians. In response to Phillips’s visit to Liberia, the Office of Vice President Boakai declared that the Liberian government is giving full support to The Last Well’s mission.

"We have drilling teams, pastors and church planting organizations in place throughout the country in a coordinated effort to reach everyone, everywhere,” Phillips said. “The only thing left is for people to go to thelastwell.org/give and decide whether they want to provide one Liberian with clean water ($20) or serve a whole village with a water well ($3,000)! If we had the funds now, we could transform this nation by the end of 2018, making history in the process.”

About The Last Well
The Last Well exists to do something that has never been done: “provide access to clean water for the entire nation of Liberia — border to border — and offer the Gospel to every Liberian we serve by 2020.” At the same time, we’re encouraging the next generation of Christ-followers to live out God’s purpose for the church and to be the agent of change for the world, regardless of the need. Learn more at http://www.thelastwell.org.