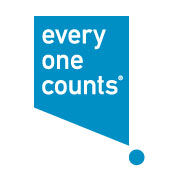 The National Federation of the Blind (NFB) issued a resolution urging states that have UOCAVA online ballot-marking systems to make those systems accessible and to extend their use to voters with disabilities, and for all remaining states and territories to implement these same systems.

Online ballot-marking is accessible absentee voting, it provides voters with disabilities the option to mark their ballots on their smartphone, tablets and computers using the same assistive devices and tools that they use to navigate the web throughout their daily lives. The ballot then gets printed on paper and returned via mail, the same way as in current paper ballot absentee processes. The only difference...is accessibility.

Everyone Counts’ electronic ballot delivery system, eLect®, provides a higher level of accessibility to voting than paper ballots, allowing voters with disabilities to use assistive technology, including screen reading software, print reading hardware and voice recognition software. Our system was developed by working with both accessibility experts and election officials responsible for accommodating voters with disabilities in order to deploy an internet voting solution that is WGAC 2.0 Level AA compliant and can be used by any web browser connected to the Internet. Voters marking a ballot at home on a web-based solution will be using their own assistive tools, not a predetermined type provided at a poll station.

Everyone Counts believes that everyone who has the right to vote, should be able to vote, and supports the National Federation of the Blind and their resolution to help voters with disabilities have the same ability to vote absentee as other voters.

Everyone Counts is disrupting the $31 billion elections industry and migrating government and private-sector elections worldwide to its Software as a Service (SaaS) model. The company provided election services to nearly 100 election jurisdictions across the US in the 2012 Presidential election, pioneered the first use of iPads for voting in the State of Oregon in 2011 and 2012, and provided the largest ever online voting to-date in a government election, in the State of New South Wales, Australia in 2011. Bosnia-Herzegovina provided Everyone Counts’ voting systems to citizens with disabilities in a Pilot election, so that they could vote privately and independently for the first time. 2013 saw Everyone Counts taking stewardship of the State of New Jersey’s Voter Registration System, as well as providing online voting for the iconic Academy Awards, which resulted in their highest voter participation ever. In 2014, Everyone Counts transitioned the Emmy Awards to online voting, as well as worked with South Dakota and Arizona to improve voting for Military Overseas voters.