Gates Corporation will showcase a wide range of innovative bicycles and electric bikes at Eurobike 2014 as it expands the market for chain-free bikes and pedelecs. 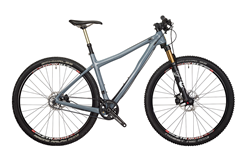 We want to... make it easier for bike manufacturers to create clean, low-maintenance bikes that get more people out of their cars and into the saddle.

Gates Corporation, maker of the Gates Carbon Drive belt system, will showcase a wide range of innovative bicycles and electric bikes at Eurobike 2014 (Aug. 27-30), pursuing its strategy of partnering with leading brands and top eBike systems as it expands the market for chain-free bikes and pedelecs.

“Our strategy for Eurobike is two-fold,” said Todd Sellden, director of Gates Carbon Drive Systems. “We want to show dealers, consumers and the media the wide range of Gates Carbon Drive equipped bikes that are available now or in stores soon, and introduce new products and applications that make it easier for bike manufacturers to create clean, low-maintenance bikes that get more people out of their cars and into the saddle.”

“The electric bike category is a strong growth segment for Gates Carbon Drive because our system provides a clean, smooth and simple alternative to chains for daily transportation,” said Sellden. “We are also proud that Gates belts are being used on so many different styles of bikes. Our motto for Eurobike 2014 is ‘Belting the World’s Best Bikes and eBikes.’”

For mountain bikers, Gates will display the new Ibis Tranny “Unchained” belt drive singlespeed—among the most coveted singlespeed race bikes available. Nicolai will likewise show its new Ion 16 enduro bike with Gates belt and Effigear gearbox. This innovative MTB pushes the boundaries of what is possible for a rugged and low-maintenance enduro bike.

Other new products and initiatives include:

The Gates Carbon Drive product line now includes 35 belt sizes, 65 sprocket sizes, and 14 crankset offerings across the CDX, CDC and Tandem platforms, offering thousands of gearing combinations. Launched in 2007, Gates has devoted years of R&D to testing, redesigning and evolving its product to meet the highest standards of durability and functionality. Gates Carbon Drive is race proven on the World Cup Downhill circuit and in the singlespeed mountain and cyclocross categories, and it has powered adventurers on global expeditions and multi-day endurance events.

“Gates will continue to expand the product line by adding more belt and sprocket sizes and crankset options in the coming year, along with some new products that will allow bike makers to specify Carbon Drive on all styles of bikes at a wider range of price points,” Sellden said.

About Gates Carbon Drive
Consisting of two lightweight metal sprockets and a high-strength belt embedded with carbon fiber cords, Gates Carbon Drive™ is a low-maintenance, chain-replacing technology from Gates Corporation, the global leader in automotive and industrial belts. Clean, quiet, light, and strong, Carbon Drive requires no greasy lube, weighs less than a chain drive and will not stretch. Due to its low maintenance and ease of use, Carbon Drive is a technology that can get more people on bikes. http://www.gatescarbondrive.com