New Jersey attorney designs a 50 state DUI tool that provides one click access to DUI penalties, based on the state a driver is licensed in, and the state the driver was driving in, at the time of the arrest. 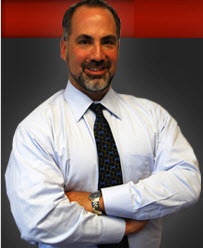 When charged with a DUI or DWI, the lawyer and the client have to understand the potential penalties involved if the driver is convicted.

DWI Attorney, Evan Levow, senior and managing partner of Levow & Associates, launched an innovative 50 state online tool for assessing home-state and out-of-state DWI / DUI consequences. The State by State DUI / DWI Penalties Tool was designed to be easily used by anyone, in any state, to determine both the consequences of getting a DWI in another state and how a conviction would affect the driver in his or her home-state.

The information provided by this 50 State DUI / DWI Tool is unique. Previously, attorneys and clients have had to search for this information from various sources and the answers were not always clear and concise. Through his over twenty years of practice, New Jersey DWI lawyer, Evan Levow recognized the need to understand this information when planning an effective DWI defense.

“When charged with a DUI or DWI, the lawyer and the client have to understand the potential penalties involved if the driver is convicted. This becomes more complex when a driver receives a DUI or DWI in a state that is not his or her home-state – “home-state” defined as the state the driver is licensed in. For example, a Connecticut licensed driver, being arrested for DWI while driving in New Jersey,” said Levow.

DUI charges exist in every state for people who drive under the influence, whether they live in the state or not. However, different states charge DWI offenses in different ways. Punishments also differ from state to state.

“The importance of understanding this information cannot be understated. If a driver pleads guilty to an out-of-state DUI or DWI thinking that the penalties are limited to that state's penalties, they will be shocked when their home-state imposes separate and sometimes harsher penalties after notification of the out-of-state conviction,” said Levow.

Most states, but not all, use the national information system that shares conviction information called the Driver License Compact (DLC). The five states that do not belong to the DLC are Georgia, Massachusetts, Michigan, Tennessee, and Wisconsin. However, these states still impose license suspensions or other administrative actions on their home-state drivers if they learn about the out-of-state DWI conviction.

Contact Levow & Associates for instructions on featuring the tool on other websites.

New Jersey DWI Lawyer Evan Levow is the senior and managing partner of Levow & Associates and a nationally recognized DWI attorney. His practice is limited to defending DWI charges, having represented thousands of drivers throughout New Jersey.

If you are facing charges for a DWI in New Jersey and have an out-of-state license, contact an experienced DWI lawyer. Unlike many other traffic-related charges, conviction for a DWI has serious consequences, especially if the incident involved an out-of-state driver. Contact Levow & Associates for a free consultation regarding your matter.

New Jersey DWI Lawyer Evan Levow is the managing partner of Levow & Associates and a nationally recognized DWI attorney. Levow represented the lead defendant in the biggest, and arguably most important DWI case in New Jersey history, State v. Chun. Mr. Levow was recognized by the National College for DUI Defense for the role he played in shaping DWI defense in NJ and nationwide. The National College for DUI Defense named Evan Levow to its faculty. Evan is a founder of, and was recently named President of the newly created national bar association, DUI Defense Lawyers Association (DUIDLA), and is a Trustee of the DUI Defense Lawyers Association Justice Foundation (DUIDLA-JF). Evan is also a founding faculty member of Trial Skills University.

Levow uses his knowledge of field sobriety testing, breath-testing machines, and blood testing to help defend his clients. He has lectured locally and nationwide to other attorneys, judges and law enforcement throughout the country on theories of DWI defense and prosecution. Mr. Levow’s practice is 100% DWI / DUI defense. He can be contacted directly at: (856)-889-5181.