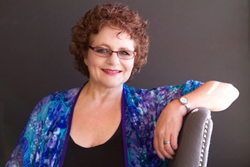 This study goes a long way in showing that people with SPD have concrete differences in their brain’s functioning.

The University of California San Francisco’s new research study, published on July 30, 2014 in ‘PLOS ONE’, an open access peer-reviewed scientific journal published by the Public Library of Science, is the first study to compare a group of typically developing boys with those diagnosed with autism versus those with Sensory Processing Disorder (SPD). This new trailblazing study revealed that kids with SPD showed less connectivity in the basic perception and integration tracts of the brain that serve as connections for the auditory, visual and somatosensory (tactile) systems involved in sensory processing.

This research builds on the groundbreaking study UCSF released in 2013 showing children affected with SPD have quantifiable differences in brain structure, confirming a biological basis for the disorder that sets it apart from other neurodevelopmental disorders such as ADHD and autism.

Sensory Processing Disorder is a neurological disorder that disrupts the way an individual processes and responds to sensations. Individuals with SPD may over- or under-respond to one or more sensations (e.g., a loud sound, or light touch), crave sensations or may have problems with motor skills and coordination. SPD affects more than four million children in the United States alone—an average of one child in every classroom.

More than 90% of children with autism also are reported to have atypical sensory behaviors, and yet, SPD has not been listed as a unique diagnosis in the Diagnostic and Statistical Manual used by psychiatrists and psychologists.

“SPD affects 5% to 16% of children in the general population," said Dr. Lucy Jane Miller, founder of the Sensory Processing Disorder Foundation. "Typically these children are misdiagnosed with ADHD or autism. This study goes a long way in showing that people with SPD have concrete differences in their brain’s functioning.”

Researchers at the Sensory Processing Disorder Foundation have been studying SPD for over 30 years and supports continued research of SPD. The Foundation organized a multi-disciplinary team of experts called the SPD Scientific Workgroup that includes 50 physicians and scientists from research institutions and universities. These researchers have provided physiological, neurological, psychological, etiological, familial and other data about SPD.

The Foundation is currently raising funds (see video appeal by Dr. Lucy Jane Miller) to partner with UCSF on another study involving MRI scans of the brains of kids with SPD before and after occupational therapy to see if there are significant changes.