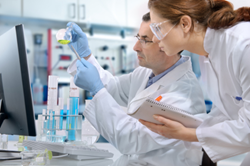 The FDA has recognized the possible gastrointestinal dangers of this widely prescribed prescription drug. It is of critical importance that doctors and patients are also made aware.

Benicar is a widely popular drug prescribed to treat hypertension/high blood pressure. Benicar’s active ingredient is Olmesartan, which in some cases has been shown to injure the blood cells of the small intestine. Olmesartan is also present in Benicar HCT, Tribenzor and Azor. These drugs present the same risk to the small intestine as Benicar. Some users have also experienced a significant decrease in villi, which are cells that help absorb nutrients for the body. As a result, Benicar and its active ingredient have been linked to a plethora of serious health issues including malnutrition, weight loss, dehydration, chronic diarrhea and other serious health effects. Benicar may also cause a rare gastrointestinal illness known as sprue-like enteropathy. The Food and Drug Administration has taken note of these serious conditions that may be related to Benicar. See the Food and Drug Administration Announcement (FDA, 7/3/13).

Rudolph Migliore stated "The FDA has recognized the possible gastrointestinal dangers of this widely prescribed prescription drug. It is of critical importance that doctors and patients are also made aware of how this drug works and that it may have serious side-effects."

According to Med Page Today (7/3/13), the connection between sprue-like enteropathy and Benicar was first reported by researchers in June 2012. Twenty-two patients from 2008 to 2010 experienced what appeared to be symptoms of celiac disease. However, antibody blood tests and treatments did not support this. The symptoms of sprue-like enteropathy are mirrored by those of Celiac disease, which unlike sprue-like enteropathy is treatable by a gluten-free diet. When the symptoms arise while taking Benicar and persist extensively on a daily basis for an extended period of time, doctors often put the patient on a gluten-free diet to rule out Celiac’s disease. However, doctors are finding that some patients don’t respond to a gluten-free diet and that these problems are actually caused by Benicar, not Celiac’s disease. See the August 2012 report of the Mayo-Clinic which discusses the Benicar connection to Sprue-Like Enteropathy and how it is different from Celiac's disease.

Symptoms of Sprue-Like Enteropathy include all of those which Benicar users have reported as side effects (malnutrition, weight loss, etc.). The researcher’s initial patients experienced diarrheal illness for an average of 19 months and were, on average, 69 years old. Discontinuing the drug led to an average weight gain of 27 pounds. See the FDA Announcement (7/3/13).

If you or a loved one has been prescribed Benicar, Benicar HCT, Tribenzor or Azor and is experiencing any of the above side effects, please contact your doctor right away. The Commack, NY law firm of Rudolph F.X. Migliore, P.C. is currently investigating cases involving patients who have been prescribed Benicar and have suffered from severe, chronic diarrhea with substantial weight loss.