Dade Moeller Senior Health Physicist William E. Kennedy, Jr. will present a technical paper titled "NORM/TENORM in Oil and Gas Production Waste: What Does It Mean and What Do We Do?" at the 2014 Wyoming Solid Waste and Recycling Association Annual Conference to be held August 25-28 in Casper, Wyo. 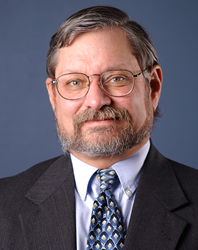 Dade Moeller Senior Health Physicist William “Bill” E. Kennedy, Jr. will present a technical paper titled “NORM/TENORM in Oil and Gas Production Waste: What Does It Mean, and What Do We Do?” at 8:00 a.m. on August 27 as part of the 2014 Wyoming Solid Waste and Recycling Association Annual Conference to be held August 25–28 in Casper, Wyo. The presentation provides an overview of Naturally Occurring Radioactive Materials (NORM) waste produced by the petroleum industry, the potential hazards associated with this waste, and the potential regulatory and waste management implications.

NORM is present in the rocks and soils around us. Depending on the geologic setting, NORM may be present in varying concentrations in oil and gas production waste, including waste generated by hydraulic fracturing (“fracking”). The U.S. Environmental Protection Agency estimates that about 200,000 cubic yards of waste are produced by the petroleum industry each year, up to 30% of which may include elevated concentrations of NORM. The radioactivity associated with NORM poses some unique worker safety, environmental protection, and regulatory challenges.

Kennedy has extensive experience as a project manager, task leader, and individual contributor covering a broad range of health physics and nuclear engineering topics. He led the development of environmental pathway and radiation dosimetry models used to assess potential health and environmental impacts that resulted from releases of radionuclides to the environment, and he specializes in the use of these models in environmental dose reconstruction, environmental transport and fate, radioactive waste disposal, and evaluation of nuclear facility operating practices. Kennedy currently is a member of the National Council on Radiation Protection and Measurements and serves on its Board of Directors. He is Chair of the American National Standards Institute national standard ANSI/HPS N13.12, Surface and Volume Radioactivity Standards for Clearance. He served as a consultant to the International Atomic Energy Agency in Vienna, Austria, and was a member of the IAEA Advisory Groups to evaluate the Derivation of Exempt Quantities for Application to Terrestrial Waste Disposal and Derivation of Exempt Quantities for Recycle of Materials from Nuclear Facilities. He is on the executive leadership team of Dade Moeller and is a member of the firm’s Board of Directors.

Based in Washington State and celebrating its 20th year, Dade Moeller employs more health physicists than any other U.S. company.