After a serious incident concerning rats attacking a baby in Johannesburg and recent increases in rodent activity in urban living areas, Rentokil discusses reasons for this and what actions can be taken to prevent rodents. 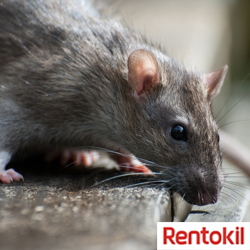 The rodent problem was first noticeable in the CBD and informal settlements, and has now worsened, with residential areas also noticing an increase in the number of rodents seen in homes, gardens and nearby parks.

Having rats running riot in the city and informal settlements is a reason to be concerned. Rats are associated with various diseases and will contaminate food, leaving it unfit for human consumption. Once rats have gained access to a property, these destructive pests can cause serious damage by gnawing on doors and woodwork. Rodents can even spoil electrical wiring, which creates the very real risk of electrical fires.

Rats also occasionally bite, as the Yekani family discovered in August this year, when their one month old baby daughter had her 3 fingers and nose bitten severely enough by a rat in their home in Alexandra, Johannesburg, to require reconstructive surgery (News24, 27th August 2014, "Baby awaits surgery after rat attack").

The inner city areas of some of our main cities, as well as informal settlements are currently suffering from higher than ever levels of rat infestations. According to Mario Pluke, Technical Manager of Rentokil, the rodent problem was first noticeable in the CBD and informal settlements, and has now worsened, with residential areas also noticing an increase in the number of rodents seen in homes, gardens and nearby parks.

Budget cuts, lack of municipal resources, littering, an increase in the number of informal traders in both city centres and suburban areas, lower sanitation standards in city centres and poor handling of domestic waste in the informal settlements are some of the causes cited for rats finding our cities and suburbs more and more appealing.

What can homeowners do to get rid of rats that invade their neighbourhood? When dealing with a serious rat infestation, it is best to get a qualified pest control operator to put an integrated pest management plan in place to effectively treat the rat problem and prevent further infestations.

However, once the infestation is under control, Rentokil recommends some basic housekeeping measures that homeowners can put in place to prevent rodents from gaining access to their properties. Overhanging trees should be pruned to prevent rodents entering through the roof, and all cracks and broken pipes should be sealed. Homeowners should keep all household refuse in bins with tight-fitting lids to ensure rodents do not have access to food sources, and remove garden refuse regularly to ensure that this does not provide food and harbourage for rats.

A reputable pest control company will only use rodenticides as a last course of rodent control action, and only after food, harbourage and access have been denied and additional factors such as young children, pets and other wildlife in the area has been taken into account.

Pluke warns that rat infestations should be treated sooner rather than later, because the population can increase at a rapid pace. Young are born about 22 days after mating and are sexually mature by three months. Depending on the type of species, a female rat can have as many as eight to 12 offspring per litter and up to seven litters per year.

For more information on rodents and rat control, visit rentokil.co.za or contact 0800 77 77 88 for information on Rentokil's pest control services for both residential and commercial properties.

About Rentokil-Initial South Africa: The Rentokil Initial group specialises in pest control, hygiene services and interior landscaping for businesses across the globe. Using leading-edge, environmentally-friendly technology, their experts deliver a wide range of tailored services to businesses of all kinds. Rentokil Initial South Africa has operations in all major business centres across the country.