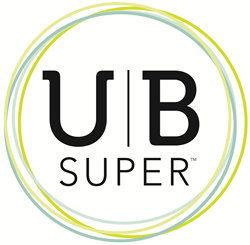 'I hit UB Super again between the two downwind runs to keep me going. It has become an important part of my daily nutrition, and I feel like the plant-based protein, organic vitamins and fulvic minerals help me train and compete hard.'

Ocean downwinders. Flat water sprints. River distance races. It doesn’t matter what the water conditions are or the event duration: Maui’s 19-year-old standup paddling phenom Connor Baxter owns the competitive SUP scene right now, having won five straight elite races. And right there with him is hard charging 32-year-old Aussie Travis Grant. The duo went one-two at the Molokai2Oahu World Championships (aka M2O) a few weeks ago, completing the 32-mile course ahead of a talented field that included the likes of Dave Kalama and Kai Lenny. This past weekend the two UB Super Ambassadors were at it again, claiming first and second place in the course race on Saturday at the Naish Columbia Gorge Paddle Challenge on the Hood River in Oregon, and first and third in the event’s “Downwind Double Down” event on Sunday.

This Gorge Paddle Challenge, which is one of the stops on the SUP Champions Tour, presented the elite division paddlers with a unique challenge the day after they’d already completed the Course Race: not one, but two runs down the windy, choppy eight-mile course known as the Viento Downwind Run. The times for each run in the gnarly “Downwind Double Down” were then combined to determine the top racers. And once again, the familiar names “Connor Baxter” and “Travis Grant” were in the top 3 once all the competitors had finished, with Georges Cronsteadt placing second. Baxter was named “Waterman Champion” for the weekend, based on having the fastest combined time for the course race and double downwinder.

While Grant and Baxter have their own distinctive styles on the water and different training partners and programs, one element of their preparation is the same: they both use UB Super protein superfood nutritional shakes before, during and after races.

“The course race at the Gorge Paddle Challenge was super intense and technical and I drank a UB Super shake right after it to help me recover for the next day,” Baxter said. “I hit UB Super again between the two downwind runs to keep me going. It has become an important part of my daily nutrition, and I feel like the plant-based protein, organic vitamins and fulvic minerals help me train and compete hard.”

Grant, who has won the Battle of the Paddle, the 2013 M2O and the ISA World Cup Championships, also found it useful to incorporate UB Super into his racing strategy on the Hood River.

“After the Saturday event I knew I couldn’t be fatigued for the Downwind Double Down on Sunday, so I drank a UB Super shake as soon as I got off the water,” Grant said. “It’s good to know that I always have a healthy meal replacement when I’m traveling. UB Super makes refueling quick and easy and I feel great afterwards.”

Another UB Super Ambassador who excelled this weekend was distance runner Tom Clifford, who traveled from his home in Wilmington, North Carolina to Vancouver for the SeaWheeze™ lululemon Half Marathon. 10,779 entrants took to the streets of the Canadian city, but the men’s category soon came down to a three-way tussle between Clifford, Nicholas Browne and Zachary Cater-Cyker. In the end it was Clifford who pulled away, finishing in a swift 1:10:52, 19 seconds ahead of Browne and 1:28 in front of Cater-Cyker.

Clifford, who in addition to competing in marathons (he has finished 17th at the prestigious New York Marathon) and half marathons across the country trains runners, triathletes and other endurance athletes at Without Limits in Wilmington, was one of the first ambassadors to sign on with UB Super. The unique blend of 10 super foods in each UB Super shake help keep his immune system strong and 15 grams of complete vegan protein aid recovery during his own training and his busy schedule as a USATF Level 2 Coach (Endurance Specialty) and USA Triathlon Coach.

"UB Super is my go to product to keep me healthy leading up to the race and the first thing I take race morning," Clifford said. "Knowing I have the essentials before any competition gives me confidence that my body is going to work to the best of it's ability on race day."