NE Ohio Common Pleas Court to Distribute More than $6 Million to Ohio Charities; over 200 Charities Across the State of Ohio Will Benefit

As part of a civil action heard by Judge John J. Russo, more than $11 million in total was distributed by The Honor Project to worthy charities throughout Ohio. The funds for the Tier II distribution was administered by NE Ohio law firm, Dworken & Bernstein. 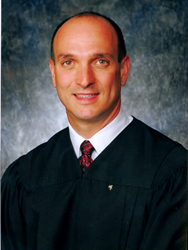 I’m also pleased that The Honor Project Trust has created a template, or blueprint if you will, that other Judges can use if they find themselves in control of a similar cy pres settlement"

The Cuyahoga County Common Pleas Court will be distributing more than $6 million to over 200 charities from across the State of Ohio during a ceremony on September 4. The Honor Project Trust emanates from litigation pursued by the Ohio Attorney General's Office in a case captioned State of Ohio, et al. v. American International Group, Inc., et al., Cuyahoga County Court of Common Pleas, Case No. CV 07 633857.

As part of a civil action heard by Judge John J. Russo, more than $11 million in total was distributed by The Honor Project to worthy charities throughout Ohio. Judge Russo commented, "I’m excited by this project for a number of reasons. The biggest is that so many worthy organizations will receive funding that I know will be put to good use across Ohio. I’m also pleased that The Honor Project Trust has created a template, or blueprint if you will, that other Judges can use if they find themselves in control of a similar cy pres settlement."

The Honor Project is what’s known as a “cy pres”(sy-PRAY). If there are unclaimed funds in a class action settlement, a Judge can use the cy pres doctrine to distribute funds that remain for beneficial use.

Upon settlement of all claims with the Defendants, excess proceeds, termed “disgorged funds,” remained. The Attorney General’s Office requested that Judge Russo, the Presiding Judge in the case, distribute the funds under the Court’s equitable powers. The Honor Project Cy Pres Initiative was created, outlining how the funds would be applied for and distributed.

There have been three phases to The Honor Project. The first phase was a $2,596,839 million distribution to the companies involved in the litigation and companies who could have potentially suffered damages. In the second phase, $2,450,000 million was provided to companies that agreed to use the funds to hire new employees, thus reducing Ohio unemployment.

In the third and final phase the remaining money will be distributed to charitable organizations that were selected after an extensive application process on Thursday, September 4th. The NE Ohio law firm of Dworken & Bernstein has graciously donated their services to administer these funds. The ceremony will be held at the Global Center For Health Innovation at 5:00pm. The Global Center has donated the space for the evening.

There is additional information available at http://www.honorproject.org. Patrick Perotti, a Partner at Dworken & Bernstein and head of the Class Action Department has directed over $25 million to worthy charities across the state just from his cases alone. Mr. Perotti was quoted as saying, "We are thrilled and honored that Judge Russo called upon us for assistance with The Honor Project. So many lives will be enhanced because of his decision to invoke this doctrine."

Dworken & Bernstein Co., L.P.A. is the largest law firm in Lake, Geauga and Ashtabula Counties, Ohio with additional offices in downtown Cleveland. Serving the community for over 50 years, Dworken & Bernstein and its 27 lawyers and staff of 65 offers a full range of legal services for businesses, individuals, and families.